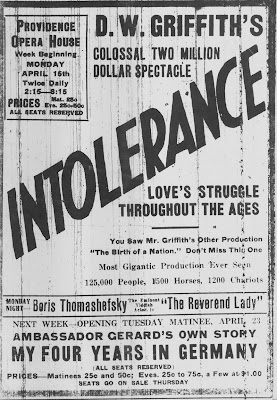 David Gergen hit the nail on the head some time ago when he noted that, in today's Right, Richard Nixon would be seen as a Leftie. In several respects Nixon was far more successful than his successor, Ronnie Reagan, even though Reagan never got the opportunity to slaughter as many foreign civilians as RMN. But modern Republicanism has drifted so far to the extreme or lunatic right that the several progressive measures Nixon took would be angrily, furiously denounced.

We have our own little neo-Republican movement here in Canada. In fact it's been the government for the past four years. It doesn't look all that much like its American Idol but, rest assured, that's only because it understands the obvious - that it would be turfed out on its pulpy backside if it pushed its social conservative agenda while still a minority.

One of the first rules of war is that you have to realize when you come under attack. If you don't know you're being attacked then you're not going to fight back and you're pretty much easy meat. The American working public, the wage earners, have been on the losing side in a class war that has been conducted against them since the Reagan era. These three decades have seen the undoing of America's Social Compact. Governments - federal, state, local - have been starved into bankruptcy; workers' payroll tax contributions intended to fund their Social Security have been stolen, misappropriated by the very government that now portrays the contributors as greedy bums; basic infrastructure that always was the lifeblood of America's economy has fallen into ruin; despite impressive increases in productivity, wages have either stagnated or fallen; the nation has switched from a production economy to a consumption economy dependent on a succession of bubbles to craft the illusion of prosperity; and their nation has witnessed a massive transfer of wealth from the blue and white collar classes to the very wealthiest. On each and every one of these battlefields, the wage-earning public has been slaughtered.

The Christian Right has made hay while the Republican sun shines and their latest stunt, the Manhattan Declaration, reveals how easily they transform the religion of love into a cult of hate. From AlterNet:

Religious right leaders are making a concerted push to gain thousands of new signatures for their "Manhattan Declaration," a manifesto released late last year by about 150 conservative Christian leaders. The document, signed by such religious-right heavy-hitters as Focus on the Family eminence James Dobson and Prison Fellowship Ministries leader Chuck Colson, compares pro-choice advocates to eugenicists (and implicitly to Nazis) and equates same-sex marriage with polygamy and a gateway to legalized incest. Its authors promise to defy any law that does not comport with their religious beliefs. Joining the religious right's Protestant leaders as signatories to the declaration are four Roman Catholic bishops, including those presiding over the powerful archdioceses of New York and Washington, DC.

Supporters of legal access to abortion and supporters of physician-assisted suicide are described in the 4,700-word manifesto as "those who today assert a right to kill the unborn, aged and disabled." The declaration goes on to link reproductive rights and death-with-dignity advocates with the early-20th-century eugenicists whose notions fueled the murderous Nazi ideology of genetic purity. From the declaration:

...Eugenic notions such as the doctrine of lebensunwertes Leben ("life unworthy of life") were first advanced in the 1920s by intellectuals in the elite salons of America and Europe. Long buried in ignominy after the horrors of the mid-20th century, they have returned from the grave. The only difference is that now the doctrines of the eugenicists are dressed up in the language of "liberty," "autonomy," and "choice."
In other words, the declaration suggests the only difference between Nazi master-race theorists and today's pro-choice and death-with-dignity advocates is rhetorical.

Similar respect is accorded to same-sex couples and those who support them. The declaration never mentions same-sex relationships without pairing them with polyamorous relationships or incest, a fact reflected in the headline of an Associated Press story (as it appears on Edge, an LGBT Web site) about the declaration: "Evangelicals, Catholics: Gay Marriage Paves the Way to Incest." That, along with the well-documented anti-gay histories of many signers, makes it hard to take seriously the document's assertion that it is "love (not ‘animus') and prudent concern for the common good (not ‘prejudice')" that is motivating the signers' pledge to resist and defy laws that recognize civil marriage equality.

Isn't it time we saw these people for what they are, a genuine threat to our way of life? They're not just odious radicals. They have genuine, mainstream credibility associated with an equally odious and radical mainstream political movement.

My view of these types has hardened considerably over the past few years. I no longer see them as an obnoxious annoyance. Now I see them as a genuine threat, one that must be combatted - openly and vigorously - if we are not to see that same malignancy of intolerance metastasize in our Canada. The American people may have lost their class war but there's no reason we have to do the same.
Posted by The Mound of Sound at 9:08 AM

"I no longer see them as an obnoxious annoyance"

"We have our own little neo-Republican movement here in Canada." Harper has much in common with the religious right in the States: blind support for Israel, disregard for science and research, attacks/smears on opponents who insist on defending democratic institutions and principles. Besides the evidence that Harper is factually wrong on every issue, he just doesn't measure up to what has been Canada's vision of itself. Contrary to his hope that the Olympics will enhance his image, it will do just the opposite. As he stands and claims to the world that he is addressing climate change, our collective shudder will finally sweep him up and away. We are so much better than what he represents.