Could Hezbollah Win in Lebanon? 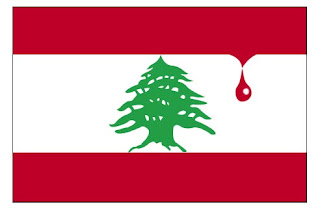 In less than a week Lebanon may have a new government, a coalition led by the Shiite group Hezbollah. Asia Times Online reports that Hezbollah is the odds-on favourite to win the June 7 election. http://www.atimes.com/atimes/Middle_East/KF03Ak01.html

Hezbollah has said that, if it forms the next government of Lebanon, it will seek closer and direct military ties with Iran, something that is understandably giving Israel fits.

The Lebanese newspaper, The Daily Star, reports of both political and military tensions in Lebanon in advance of the election. http://www.dailystar.com.lb/article.asp?edition_id=1&categ_id=2&article_id=102574

The paper also published a curious comment by US General David Petraeus claiming that Hezbollah will have no reason to exist, "if the Palestinian cause is resolved. Reaching an agreement over a peace process in the Middle East will eliminate several groups' justifications for existence."

Oh wait, so all we have to do is get in place a two-state solution the Israelis and Palestinians will accept and all our problems will be over? Whew, what a relief that is.

Meanwhile, Spiegel Online is reporting that the United Nations special tribunal investigating the murder of former Lebanese Prime Minister Rafik al-Hariri has concluded it was Hezbollah, not Syria, that was responsible. The report is not going down well with the Lebanese who probably fear the consequences, even another civil war. http://www.spiegel.de/international/world/0,1518,626412,00.
Posted by The Mound of Sound at 8:25 AM

About that Spiegel article. The comments are interesting too.

I totally agree with those comments, Gene. The timing alone makes the report suspicious. It does seem like a fairly blatant effort to discredit Hezbollah and consolidate opposition support on the eve of the election.

Oh wait, so all we have to do is get in place a two-state solution the Israelis and Palestinians will accept and all our problems will be over? Whew, what a relief that is.