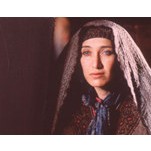 Most of us don't hear a lot of detail about Canada's NATO force in Kandahar province, Afghanistan. We see the odd clip on TV and occasional newspaper stories about Canadian forces engaging the Taliban insurgents. All in all, we just get glimpses. As Canadians continue to debate our mission in Kandahar we need much more information to weigh just what is being accomplished for the sacrifice of Canadian lives. Here's a recent account and the news isn't good:

This article was written by Nelofer Paziri who, as a young Afghani woman, fled the country with her family and wound up in Canada. She studied journalism at Carleton University in Ottawa and starred in the movie "Kandahar" that was loosely based on her life.

How is Paziri's account so at odds with what we hear from our television and newspaper reporters over there? Part of it is that these are her own people. She speaks their language and can travel freely among them. Another part is that Canadian reporters are typically 'embedded.' They live in the security of the garrison amidst our soldiers where what they get to report on is pretty much what they're allowed to see.
Posted by The Mound of Sound at 2:32 PM