When there are no "Good Guys" 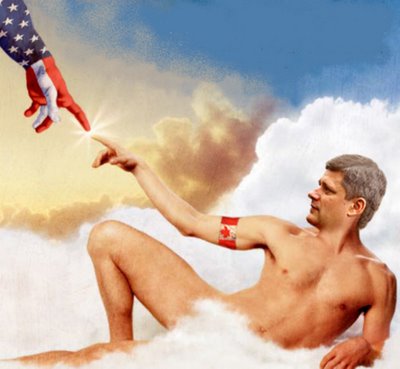 Today's Globe and Mail made much about disunity in the Liberal camp over the latest war in Lebanon. Unlike the Tories who are utterly wedded to the Israeli side, a number of Liberals find plenty of fault on the part of Israel. But then again, so does Amnesty International.

In a report just released(www.amnesty.org), Amnesty contends that the aerial bombardment of civilian buildings and structures went far beyond any claim of 'collateral damage' and amounted to indiscriminate and disproportionate attacks in violation of the Geneva Conventions.

Kate Gilmore, Amnesty spokesperson, is quoted in The Guardian: "Many of the violations identified in our report are war crimes. The pattern, scope and scale of the attacks makes Israel's claim that this was collateral damage simply not credible."

In its reduction of the Lebanese civilian infrastructure, Israeli air strikes took out power and water plants, sewage treatment plants and hospitals. Two hospitals are reported to have been completely destroyed, three others severely damaged.

I'm sure Israel would claim that these were all legitimate, military targets. What other choice do they have? Bombing hospitals? I'm sorry, our side doesn't do that. Israel had better come up with some unequivocal and convincing evidence to prove it had some right to take out hospitals.

Hezbollah started this scrap and Israel had a right to retaliate and to defend its citizens against Heabollah rocket attacks. There's no question of that. There is, however, a line and when Israel turned away from the Hezbollah fighters to level its weapons on the Lebanese civilian population, Sunni and Christian, in a campaign of aerial terror, it completely crossed that line.

We need to find ways to defang Hezbollah and that is going to take more than military intervention. We also need to recognize that Israel through its own atrocities has made that job much more difficult, perhaps even impossible.

I'm quite understanding of the Liberal disunity because, this time, there are no Good Guys.
Posted by The Mound of Sound at 9:11 AM