Is Sadr Tamed or Merely Waiting to Pounce? 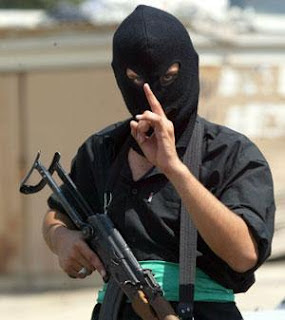 Has Washington's troop surge in Iraq truly succeeded as so insistently claimed? Violence on the streets of Iraqi cities has abated and attacks on US forces there have diminished. That is undisputed. But has this become yet another example of "Mission Accomplished" triumphalism?

I suppose it depends what you read, who you listen to, what you're willing to believe.

If you believe George w. Bush, the man whose greatest skill of the past seven years has been lying through his teeth, the surge has been an unqualified success, a "Hail Mary" pass to redeem his presidential legacy. If you believe what you read or hear in the North American media, the surge has at least the appearance of success. That tends to be as far as most of us go. However there are others who don't buy it, among them a lot of Iraqis.

What are the key components of the surge success? One has been the schism between Iraq's Sunni resistance and the mainly foreign al Qaeda terrorists. The two worked more or less cooperatively for a few years but Iraq's Sunni fighters have now turned against their former comrades and are hunting them down.

Under the American military's "Awakening" programme, the Sunni resistance groups are now receiving arms and cash from the Americans as compensation for crushing al Qaeda. These groups, however, have repeatedly made clear their intention to once again turn on their American benefactors in the future.

Then there's the Shiite militias. They fall into two main groups, the Badrs and the Sadrs. The Badr brigades are closely aligned to the Iranians. They're also Iraqi prime minister Nouri al Maliki's team. That relationship has seen the Badr boys infiltrate Iraq's security services with entirely predictable and frequently murderous results. Their chief competition is the Sadr militia who more or less follow bad boy cleric Muqtada al Sadr, al Maliki's main rival and nemesis.

The second element of the success of the troop surge has been the retreat of the Sadr militias. A couple of months back, al Maliki sent the Iraqi army to destroy them in Mosul but he failed, even after American intervention.

There's a growing sense of unease at the moment about the Sadr militia and what they're really up to. Some suspect they've collaborated with the Sunni resistance in laying low, awaiting the outcome of the American election and preparing to pounce should Bush/Cheney attack Iran.

In effect, heralding success of the troop surge may be little more than whistling past the graveyard. There can be no success until Iraq's armed camps are brought to heel, until they turn in their arms and their leadership dissolves. Until then, the game is still very much afoot.
Posted by The Mound of Sound at 9:06 AM

Email ThisBlogThis!Share to TwitterShare to FacebookShare to Pinterest
Labels: Iraq

It is true that there is a conflict between Shiites and Sunnis in Iraq; however, Arab history shows that they hate foreigners even more than sectarian conflicts. It is not South Korea where US can keep their troops for 100 years. Once Koreans patch South/North conflict then watch out McCain.

The MSM has been saying almost nothing about Iraq in the last 6 months. It seems once the good guys were winning it was no longer news. The majority of provinces in Iraq have been turned over to Iraqui forces. Now the US is talking about withdrawing troops.

And the Bush lied stuff is always amusing . . . never any substance, just the two words. What did he lie about . . . that Sadam was really a good guy, or that he was not supporting terrorists, he was.
Or that he went to war all by himself . . . in spite of the fact that the majority of Congress approved, Dims and Repubs.
He may have done a less than stellar job . . . but that's another issue.
The trouble with the lefty-media today . . . so much of what they say . . . they make up!!! That is why circulation rates are falling and Fox News has almost 4 times the viewers that CNN has.
The US will probably have a presence in Iraq for many years . . . just like they do in Germany, Japan, Korea, and Bosnia.
Seems whenever there's a problem in the world, even our less-than-brave Euro allies want the US to solve it.
Hey . . . but maybe in the future, China may take over that position . . . now that will give you lots to write about!!