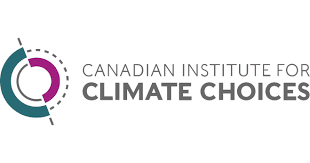 We've got new oracles to advise the government how to get out of the current high-carbon death spiral with our asses more or less intact.

They're called the Canadian Institute for Climate Choices and the feds have funded them for five years to the tune of $20-million.

No one knows how quickly the world is going to cut carbon pollution, CEO Kathy Bardswick said in an interview, and Canada must make decisions that account for the uncertainty, rather than be paralyzed by it.

In either a high-carbon or low-carbon future, “there’s a substantial impact on the country,” Bardswick said. “What we’re trying to say is, ‘Yes, we agree there’s uncertainty, and we agree that these scenarios can play out quite differently, and the implications can be quite dramatic. But that doesn’t mean that we wait and see — we’ve got to be able to plan within that context.’”

CICC opened with an 80-page report  that may or may not steer the petro-feds in the right direction. (Hint - let's see what Ottawa does with the proposed Teck mega-mine in the Athabasca Tar Sands. If they greenlight that this is probably a waste of $20-million on another silly gesture.)


Drawing on extensive economic and scientific research, the report sketches out two broad scenarios, with two possible outcomes in each one.

In the first scenario, a massive economic metamorphosis has occurred. Nations around the world cut their pollution severely over the next 10 years, reaching the Paris Agreement goal. Global demand for fossil fuels has plummeted, and proven reserves are left in the ground. A majority of electricity comes from renewables like solar, wind and bioenergy, while nuclear capacity triples and heavy industry is largely decarbonized.

In the other scenario, carbon pollution continues to be pumped into the air unchecked, and the world fails to achieve the Paris Agreement’s goal, leading to runaway climate change: collapse of ecosystems, accelerating global heating, coastlines that sink underwater, relentless extreme weather and mass societal unrest.

Canada must be prepared for that world, too, the report says, or it will become “caught in a continual cycle of impact and recovery.” People will be injured or killed, or suffer poor air quality and contaminated water, as insurance skyrockets and companies lay off workers. Food and water shortages drive war, conflict and humanitarian disasters, which reach Canada’s shores.

As the saying goes, you can lead the feds to water but you can't make 'em drink.