Junk Has Got to Go. In a World Short of Resources, the Case for a Steady State Economy Returns. 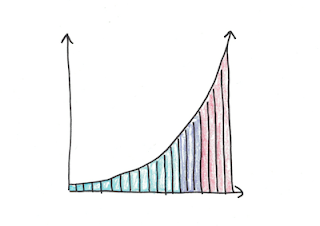 I bought a wonderful Sony TV. Six years later it was scrap. I bought a terrific Kitchenaid gas range. Six years and it was gone. The TV failed. It had three main circuit boards. I called Reliable Parts in Vancouver and they were very helpful. The circuit boards weren't even particularly expensive. Open the TV, swap out the old boards and it should be as good as new. The gas range, same story. It just needed a replacement control panel. There was one other thing the TV and range had in common - those replacement parts were nowhere to be found. They were unavailable - anywhere.

Off to the recycling yard where, hopefully, at least some parts of those appliances would be scavenged, the rest probably headed for a dump.

A few years ago the German government commissioned a study on the premature obsolescence of domestic appliances. The report concluded the average lifespan was just under seven years and yet there was no reason that these products shouldn't be engineered to last twelve or fifteen years. Instead they were designed and supported to fail.

And then there's us, the consumers. When I reached the recycling yard with my defunct Sony, I saw electronics of all descriptions stacked on pallets secured by heavy plastic wrap. The fellow I spoke with mentioned that one night a few of the guys tried an experiment. They unwrapped one stack and plugged every one of the TVs. Most of them worked just fine. They were ditched  because their owners wanted something newer, something bigger, more whistles and bells.

Ninety years ago, Aldous Huxley wrote "Brave New World." In 1931 it was science fiction. In 2021 it is becoming closer to prophetic. From The Guardian.

In his novel Brave New World, Aldous Huxley writes of a society in which recorded voices subliminally prepare babies for their future role as consumers.

Huxley depicts a dystopia. But the slogans he describes might equally apply to common products today.

“Before Apple, everything was interchangeable. Sure, every phone had its own special part, like different cars. But now, each year, Apple is changing its design on purpose to make it harder for us to fix them.”

That’s Nicholas Muradian  from the repair company Phone Spot, talking about the serialisation of components for the new iPhone 12.

Some manufacturers now build with special screws or glue parts together, specifically to prevent home maintenance. Others simply don’t provide the basic components that would give their products a longer life.
Industry gets away with this thanks to one thing - government collaboration. Our governments simply look the other way. They could, for example, legislate that those who make gas ranges maintain adequate stocks of spare parts to ensure the product can have a service life of at least 15 years.
In an increasingly fragile world, we need more — much more — control over production. We need conscious choices which resources we use and which we don’t, instead of letting giant corporations do whatever makes them the most money.

Obviously, we are not going to end global warming just by repairing our iPhones.

Yet if we can’t even do that, what chance do we have?
We are caught in the grip of what's called "The Great Acceleration." If you're not familiar with the term, follow this link and let your eyes quickly scan the nearly 50 graphs. You don't have to read them, although you can if you like. Just look at how each graph mirrors all the others.