I'm Okay With It, the Rio Grande Norte 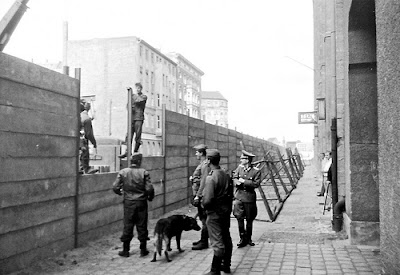 The Americans are talking about fencing off part of the Canada-US border.   Their term is "selective fencing."  The US Customs & Border Protection Agency is canvassing local governments from Maine to Washington state for their input.

The fencing wouldn't run the whole length of our shared border.   Are you kidding?  The Yanks are broke!   And appropriate cut outs would be made for pipelines and such.

I'm okay with the idea but with just a few changes.   First, fence the whole damned 6,400 kms. of our shared border.   Second, plenty of barbed wire - on their side too.   Third, a whole lot of remote surveillance monitoring the American side. 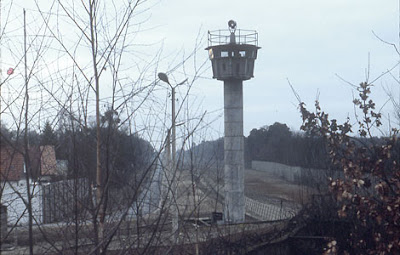 As Gwynne Dyer points out in his book Climate Wars, when it comes to climate change, each nation's greatest threat is the neighbouring country lying immediately between it and the equator.   For Canada that means the United States.   The Gringos have to worry about Central and South American migrants, we're going to have to worry about Gringos.   The US is already being viciously whipsawed by severe storm events manifested in hurricanes, tornadoes, widespread flooding and regional, sustained droughts and wildfires.  Sea level rise and coastal groundwater salination are just beginning to set in.

The Americans, in better times, chose to populate marginally habitable regions, planting large cities in the middle of deserts for example.   Within another generation the US may well have to face the prospect of internally displaced climate migrants that will need to be relocated in more habitable regions, that is to say the north.   Coming at a time when all strata of its institutions are debt-plagued and its population weakened and severely divided, Canadians should be grateful for any  reinforcement of our own border security.   And make sure it works too.   None of this stuff. 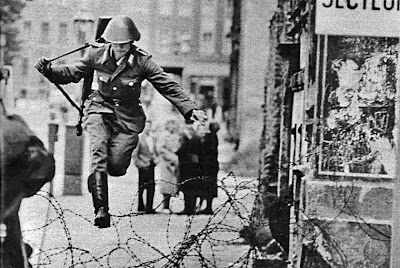 So I'm down with it.   Let's treat the 49th parallel as the Rio Grande Norte and secure the hell out of it.  That would give Americans peace of mind and me too.
Posted by The Mound of Sound at 10:24 AM

Maybe America should seek China's help to build such a fence or wall. Chinese have a centuries of experience.

Since they borrow trillions of dollars from China they might as well seek help on this project too.

We should seriously be putting out a welcome mat for a couple of million Japanese. Get Japanese companies to shut down us operations and have them employ the immigrants in Canada.
http://fukushima-diary.com/

Maybe they can keep Bush and Cheney out with the fence. Maybe we can put it up one day when Campbell is on the other side...