The Wisdom of the Great - Mark Twain 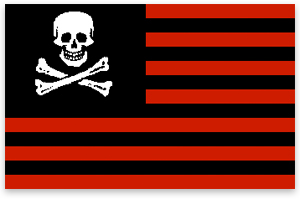 "If you tell the truth, you don't have to remember anything."

"Whenever you find yourself on the side of the majority, it is time to pause and reflect."

"I have never let my schooling interfere with my education."

"Go to heaven for the climate and hell for the company."

"Substitute 'damn' every time you're inclined to write 'very;' your editor will delete it and the writing will be just as it should be."

"Always do what is right. It will gratify half of mankind and astound the other."

"Name the greatest of all inventors. Accident."

"The easy confidence with which I know another man's religion is folly teaches me to suspect that my own is also."

"Sanity and happiness are an impossible combination."

"Education: the path from cocky ignorance to miserable uncertainty."

"Any emotion, if it is sincere, is involuntary."

"A clear conscience is the sure sign of a bad memory."

"When we remember we are all mad, the mysteries disappear and life stands explained."

"To a man with a hammer, everything looks like a nail."

"Never allow someone to be your priority while allowing yourself to be their option."

"We are all stupid, just on different subjects"

"It is curious that physical courage should be so common in the world and moral courage so rare."

"We need not worry so much about what man descends from; it's what he descends to that shames the human race."

"Faith is believing what you know ain't so."

"If Christ were here now there is one thing he would not be – a Christian."

"Whiskey is for drinking; water is for fighting over."

"There is no sadder sight than a young pessimist, except an old optimist."
Posted by The Mound of Sound at 8:32 AM

another thats one of my favs

Buy real estate they are not making any more of it

Preferably where there is good water.