This Is Your Captain Sleeping... 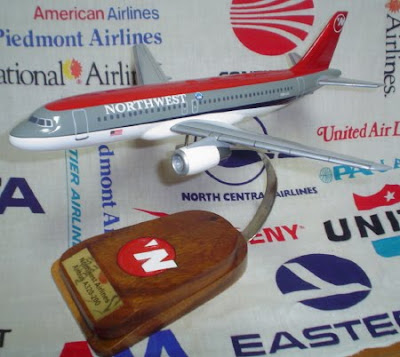 It's beginning to look like the cockpit crew of Northwest Flight 188 were asleep at the controls of their aircraft when they overflew their destination and Minneapolis-St. Paul international.

The flight crew may have been in the arms of Morpheus for as much as an hour before they discovered they'd overshot their destination by 240 kms. The pilot and co-pilot said they became distracted by a lively debate of airline policy but no one seems to be buying that. From CBC News:

Aviation experts say the pilots should have had numerous warnings as they approached and passed Minneapolis: cockpit displays, controllers trying repeatedly to reach them by radio, data messages and the city lights twinkling below.

Yet the pilots didn't discover their mistake until a flight attendant in the cabin contacted them by intercom, a source close to the investigation who spoke on condition of anonymity said.

"It just doesn't make any sense," said Bill Voss, president of the Flight Safety Foundation in Alexandria, Va. "The pilots are saying they were involved in a heated conversation. Well, that was a very long conversation."

US aviation authorities want in on the crew's debate. They're about to listen to the cockpit voice recorders which, if the pilots have any hope of saving their skins, should have their every word on tape.

What's missing from this report is the real issue - the airline industry, due to deregulation, has become such a cut-throat business that flight crews are atrociously underpaid and overworked, often having to take a second, ground job to make ends meet.
Posted by The Mound of Sound at 10:38 AM

Email ThisBlogThis!Share to TwitterShare to FacebookShare to Pinterest
Labels: aviation