Building Bridges to the Muslim World 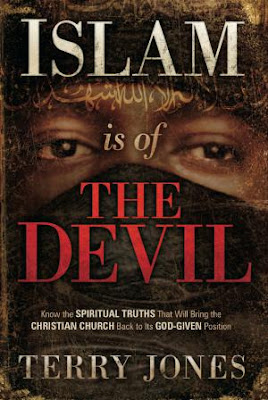 Lord knows we've killed them by the hundreds of thousands and that hasn't worked.   We've brought every bit of high technology down on them.   We've imposed really punitive embargoes on them, sometimes lasting for many years.   We've propped up and funded really despotic regimes who were supposed to keep them in check.   Nothing has worked.   Islamist extremism is alive and well today, some say bigger and more deadly than ever.  Maybe it's time we asked the 'anguished parent' question, "where did we go wrong?"


As is so often the case, the answer is pretty obvious, once we're willing to give up the notion that we can bomb our way out of our problems.  Stephen Grand is the Director of the Brookings Institute's office for U.S. Relations with the Islamic World.   Mr. Grand is saying what a lot of us have been advocating for a long time.   The answer lies in driving a wedge between the Islamist extremists and the overwhelming majority of Muslims, the very moderate Muslims.


"After nine years of counter-terrorism efforts, al Qaeda endures not because of its great military strength or organizational prowess but because of our own perceived power and our own policy failures. Al Qaeda feeds upon a popular narrative in the Arab and broader Muslim worlds that the all-powerful United States, rather than using its power to uplift the condition of Muslims around the globe, is at war with Islam—intent on occupying Muslim lands and on killing innocent Muslims. When our drone attacks miss their intended targets, when we employ misguided rhetoric about crusades and imperialism, and when we desecrate Islam’s most sacred religious symbols, we only play into this narrative.


Our friends, at the end of the day, will be the 1.4 billion Muslims who are not affiliated with al Qaeda. While many may resent U.S. policy, they find al Qaeda’s nihilism—of which they have been the primary victims—wholly unappealing. They want the same things that people all around the world want: to be able to feed their families, send their children to good schools, compete successfully in the global economy, and have the freedom to realize their full potential as humans. When they are successful in building their own, more positive futures, al Qaeda will quickly slide into irrelevancy.

The challenges we face going forward—beyond trying to bring to a close the many violent conflicts roiling the “Muslim world”—are twofold. First, to help address the most pressing issue afflicting many predominantly Muslim societies: poor governance. The corruption of many local political leaders and their inability to provide their citizens even the most basic social services are undermining the legitimacy and coherence of states, creating the chaos and instability upon which al Qaeda thrives. We must find a way to give ordinary citizens the knowledge, the perspectives, and the skills so that their voices can be heard and they can play a constructive role in creating for themselves better schools, better roads, better health care systems, better economies, and ultimately better governments.

Second, we must educate Americans about Islam. Nine years after 9/11, our relations with the “Muslim world” continue to be driven largely by ignorance and fear. We will never get the atmospherics of this relationship right until our political leaders and the American public can better differentiate the faithful from the fanatical. When we burn a Koran, we not only desecrate another faith and our own founding principles as a nation, but we also send up in smoke any prospect of building a more secure and stable future for our children.


It's all so bloody obvious.   Moderate Muslims know the way ahead depends on democratic reform.  Yet we prop up despots like the House of Saud and Mubarak who crush any reform movements.  Let's be plain on this.   Egypt is the second-biggest recipient of U.S. foreign aid and that money goes to backing a tyrant who imprisons and, yes, tortures those he sees as potential rivals.  The only outfit that stands up to him is the Muslim Brotherhood, an Islamist movement.   Moderate Muslims may not like the Muslim Brotherhood but it's the only game in town and that's in no small measure thanks to us.


The spectacle that attended the ninth anniversary of 9/11 made me shudder to think what must be in store for next year, the tenth anniversary.  We've reached a point now where this is becoming an extremely dangerous, self-fulfilling prophesy.
Posted by The Mound of Sound at 11:15 AM

Email ThisBlogThis!Share to TwitterShare to FacebookShare to Pinterest
Labels: Islam