Deutsche Bank has gained a reputation for channeling sketchy money to dodgy borrowers.  When DB turns its nose up at you, you have a real problem, probably more than one.


Frankfurt-based Deutsche Bank is joining a lengthening list of European lenders and insurance companies that say they won't back new oilsands projects.

The German bank said Monday its new fossil fuels policy will also prohibit investing in projects that use hydraulic fracturing or fracking in countries with scarce water supplies, and all new oil and gas projects in the Arctic region.

It says its ban on oilsands financing, effective immediately, will include exploration, production, transport or processing, seemingly including oilsands pipelines and upgraders or refineries.

The Canadian Association of Oil Producers responded with threats to destroy the world.


"Attempts to stifle Canadian production by restricting financing can have only one effect; countries with lower environmental standards — and in many cases lower social, human rights and governance standards — will fill the void." 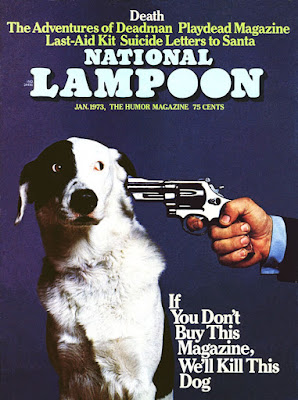 I just finished reading Jeremy Rifkin's The Green New Deal. It is hardly a surprise that Deutche Bank is pulling back, given an increasing acceleration of divestment from fossil fuel developments. It may be late coming to the game, but it is in good and plentiful company.

Ten there is this. Do I detect pattern? https://www.bloombergquint.com/technology/rbc-signs-solar-power-agreement-in-a-first-for-a-canadian-bank

The comment from the Canadian Association of Oil Producers displays exactly what is wrong with all the so-called free trade agreements. They encourage big business to lower standards for environment, labour, health, education, social supports, etc. Prior to free trade we had many laws and regulations with teeth which the free traders did away with.

Lorne I hate to be a damp squib on your enthusiasm but Canadian banks, unlike other institutional lenders, are doubling down on the Tar Sands. RBC, TD, CIBC and I believe ScotiaBank also. The Bloomberg story has a whiff of greenwashing.

I read the comment as more of a rebuke, Toby. It's a "you'll be sorry" message akin to the "ethical oil" propaganda. Notable by its absence is any mention of what the Tar Sanders are planning to clean up their existing $200 billion environmental catastrophe in Athabasca.