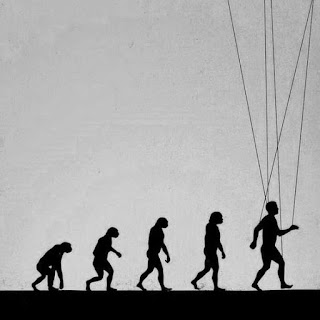 Carole Callwadr's essay in The Observer on the weekend rekindled the unpleasant idea that the peoples of Magna Carta are losing ground in the struggle to defend liberal democracy.

In Canada we think it entirely in order that fewer than two out of five voters should be enough to elect a powerful majority government. Gone is the notion that democratic states govern with the consent of the governed. Three out of five have not consented to these majority governments. They are not governed, they are ruled. The fundamental tenet of democracy is not met.

Yet Canada remains the gold standard of today's tattered remnants of liberal democracy. Faint praise. In the United States, democracy is guarded about as well as Jeffrey Epstein was in his final hours of life. Ditto for the erstwhile mother of modern democracy, Britain.

This ought to be of real concern in a world where conspiracy theorists, natavists and xenophobes, white supremacists and bigots of all descriptions groomed through social media and propaganda agencies disguised as news outlets, can tilt elections to a person so morally, intellectually and temperamentally unsuited to high office as the pathologically narcissistic Donald Trump. Should that not be enough of a warning to us all that we should rise to the defence of our own democracy?

In Britain, half the populace knows that the Brexit referendum was rigged with shady money and outside forces. Government investigations have revealed a good measure of the criminality behind the "Leave" campaign to upend what Chris Wylie called, in his testimony, Britain's ancient "constitutional settlement."

As Callawadr puts it, democracy was subverted in America's 2016 elections and Britain's Brexit referendum, crimes were blatantly committed, "With no consequences. Nobody, no company, no individual or nation state has ever been held to account."


If it wasn’t for Facebook, there would be no Brexit. The future of our country – our island nation with its 1,000 years of continuous history of which we’re so proud – has been set on its course by a foreign company that has proved itself to be beyond the rule of parliament.

Who in Britain understands that? Almost no one. The intelligence and security committee, perhaps, who reported their astonishment this week that no attempt had been made to investigate foreign interference in the EU referendum. And maybe Dominic Cummings, the man who sits in 10 Downing Street by Boris Johnson’s side.

Dominic Cummings understands the role that Facebook played in Brexit. He wrote about it. In excruciating Cummings detail. He described the deliberate use of misinformation targeted at unknown individuals in an election operation the scale of which had never been seen before. He deployed more than a billion Facebook ads, he says. At a cost of pennies per view.

The fact is that we now know how the platform was systematically abused by the Leave campaigns. We know that loopholes in our laws were deliberately exploited. And we know that these actions were proved to be illegal and “punished” by “regulators” whose “regulations” have been exposed to be not worth the paper they are written on.

I was brought up believing that democracy was defended with armies and navies, aerial armadas of fighters and bombers overhead. It even got to the point that democracy was to be defended by strategic bombers and missile subs and hundreds of intercontinental ballistic missiles in silos topped with eight or ten "MIRV" nuclear devices, each warhead targeted to take out a different city. We had strategic nukes, tactical nukes, nuclear artillery, nuclear depth charges, nuclear anti-aircraft missiles. Nukes up the yin/yang. We were willing to extinguish life on Earth to defend democracy. Young people today may find that hard to digest but, hey, when I wore the uniform that was the bottom line. I remember going to "stores" and getting that first issue of regulation underwear, shirts, socks and a personal roentgen meter on a chain to wear around my neck.

It's pretty clear that governments no longer fret about defending democracy. Despite the evidence, the analysis and the warnings of every intelligence agency in the United States, the White House and Congressional Republicans have blocked every effort to fortify America against electoral interference this November. If you were running a company and your head of security did that you would probably figure out that he might have been in on it the first time you got robbed.

Why do you think we have dropped our focus on defending and bolstering democracy? Has neoliberalism made democracy less relevant? Has the invisible hand of the marketplace reconciled Western democracy with totalitarianism in China and elsewhere under the cloak of globalism? Are we all just "free traders" now? Do we, as a people, even care about this anymore or has it become an antiquated notion? Are we too docile, tamed, intimidated to stand up and demand better? Could it be all of the above? Are we just too comfortable to bother that others pull our strings?

The project of neoliberalism creates failed states through privatization. When a country's government no longer provides common purpose and essential services, why should citizens feel any loyalty towards its institutions or be bound by its unwritten norms?

In State Failure and State Weakness in a Time of Terror, Harvard’s Robert Rotberg identifies the signposts along the road to state collapse:

- In a weak state, basic services such as education and health are privatized; public facilities decline. Infrastructure, including schools and hospitals, shows signs of neglect, particularly outside of major cities. Journalists and civil society activists are harassed. Tensions among ethnic, religious, or linguistic groups increase, but widespread violence does not erupt—yet.
- In a failing state, a single leader gains control of the legislature, law enforcement, and the judiciary. The leader and his cronies are enriched while ordinary citizens are left without basic services.
- In a failed state, living standards deteriorate rapidly. Citizens feel they exist only to satisfy the ruler’s greed and lust for power. The potential for violence increases as the state’s legitimacy crumbles.
- Finally, in a collapsed state, warlords run the country. The market rules to the exclusion of any other concerns, while the social compact has been completely eroded. “The Id is unleashed.”

According to this framework, the US is clearly a weak state and well on its way to a failing state. A Trump win in November will lead to a failed state on our southern border. A Biden win will merely delay the state's failure. Biden is in the same mold as Democratic presidents Clinton and Obama, who did little to reverse the Republican project of dismantling government.

As you've said in a previous post, Canadians should be planning for the inevitable. While our government institutions remain more robust, Trudeau is committed to privatization, with the attempt to run Covid relief to students through the private WE charity being the latest example. The media, of course, fixated on Trudeau and Morneau's ethics while ignoring the real scandal of privatization, which is treated as normal.

Nevertheless, I remain hopeful that the Covid crisis will change people's perceptions about the proper role of government. It at least has temporarily silenced the Conservatives and forced Ford to fly straight for a change.

Thanks for the Rotberg reference, Cap. Your summary does sound eerily accurate and dovetails with my next post about Trump's new White House wall (Festung Trump) and the latest report from the Center for Strategic and International Studies on the spread of rightwing terrorism across America and Europe. Trump, very much the engineer of his emerging failed state, ignores the radical right to instead blame violence on the left.

Thanks for your comments. I hope your optimism about the pandemic bringing a sea change in public attitudes is well founded. As I wrote the other day - "No one warned me the 'Five Stages of Grief' was now on a loop."

.. The world keeps on turning... round n round she go.. Today via Twitter I asked who actually drove the evasive obstruction re hospitalization data.. no longer flowing through CDC.. but being filtered through some other Fed US agency.

In my view.. this is 'senior' White House or obscure thug.. bright enough to see a legal or quasi legal way.. to obscure fact and science & the staggering numbers that 'bother' Donald Trump and his Campaign. The USA is infected in more ways than one.. (breaking news eh ?) It does seem Trump, Barr, Pompeo & McConnell Inc operate within a clouded smokescreen.. counting on the fact nobody can keep up or prosecute.. EVER.. Its a daily barrage.. exactly what Stephen Harper concluded was the solution to actual Democracy & actual 'Public Service'

"In my View." Indeed, isn't that at the root of our problem, Sal? With increasingly less transparency, even less accountability, we can have no base of knowledge, no consensus, and are instead reduced, individual by individual, to "my view." Without a functioning factual matrix we are left to rely on interpretation that dredges what we genuinely know through our personal biases, moods, even baser instincts. Like the Tower of Babel of legend, we cannot speak each other's languages, something that stokes suspicion, distrust, and hostility.

Elections and referenda are brazenly rigged, manipulated, and, as Cadwalladr writes, "With no consequences. Nobody, no company, no individual or nation state has ever been held to account." The operative word here is "brazenly" for that is what this has become. Those who have the wealth and machinery to manufacture consent or votes or popularity are brazen in what they do because we have confidence they do it with impunity. Our most vital line of defence - our parliaments, congresses and legislatures, the public interest already compromised by their own, look the other way from Capitol Hill to the palace of Westminster.