Bless his leathery old heart, Pope Benny is an advocate of organ donation.  Unfortunately, the Vatican isn't.   Some doctor in Germany has been using Joe Ratzinger's donor card from the 70's to recruit new donors.

The Pope's secretary put that all to rest in a letter in which he informed the doctor that the Pope's elevation to, well Pope, rendered the donor card invalid.   Apparently the Vatican has a lovely collection of retired Popes and really doesn't want to break up the set when Benny croaks.

And now, for your anti-papist amusement, here are some funny protest placards that appeared in Britain during the Pope's last visit there. 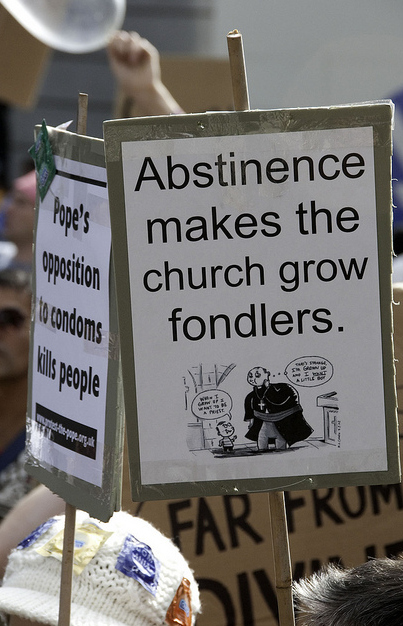 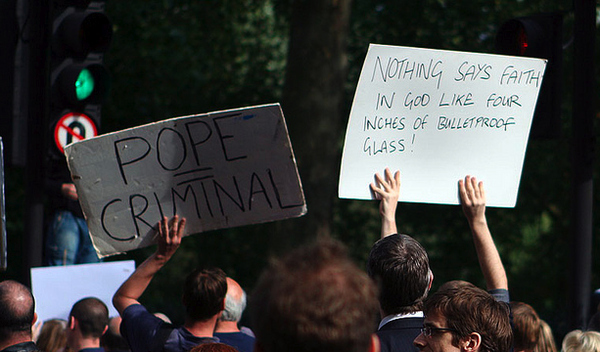 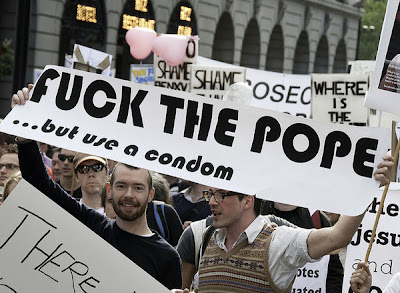 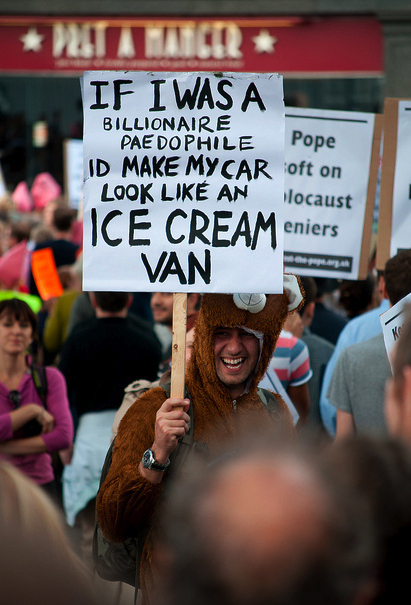