Hey Guys, Is This Warning Clear Enough for You? 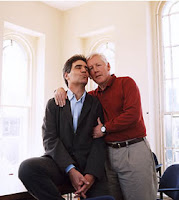 By "guys" I'm referring to the 'day late, dollar short' Liberals who seem intent on taking a well-deserved dirt nap.

It's a warning.   From the International Energy Agency.  It couldn't be clearer.

"The world is likely to build so many fossil-fuelled power stations, energy-guzzling factories and inefficient buildings in the next five years that it will become impossible to hold global warming to safe levels, and the last chance of combating dangerous climate change will be "lost for ever", according to the most thorough analysis yet of world energy infrastructure.
"Anything built from now on that produces carbon will do so for decades, and this "lock-in" effect will be the single factor most likely to produce irreversible climate change, the world's foremost authority on energy economics has found. If this is not rapidly changed within the next five years, the results are likely to be disastrous.
'"The door is closing," Fatih Birol, chief economist at the International Energy Agency, said. "I am very worried – if we don't change direction now on how we use energy, we will end up beyond what scientists tell us is the minimum [for safety]. The door will be closed forever."'
Did you get that?   Five years.  That's it.  You claim to be concerned about the welfare of Canada's middle class.   This would be a perfect spot to begin proving it.
Posted by The Mound of Sound at 11:51 AM

It's all over. We're not even thinking of even acknowledging the problem in a serious way.

When the shit hits the fan, they'll probably find some way to blame it on black people. Or the Chinese.