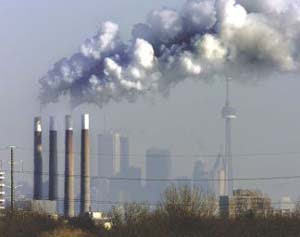 Some observations on global warming by Garret Keizer, excerpted from this month's Harper's Magazine:

...We're told that the "science is all in on global warming" and that it's just about unanimous. I believe it. We owe a debt to Al Gore that most people now believe it. But the science has also been in, and in for a while, and is every bit as unanimous in concluding that we are members of a single species, descendants of common ancestors - 'family' in every conceivable sense of the word. How can we imagine that we will address one overwhelming consensus of scientific opinion without having acted fully on the other? The question is not sentimental. If one can be forgiven of applying base political considerations to such a sublimely moral issue" you do not repair the climate of an entire planet without staggering sacrifices, and people will not elect to make staggering sacrifices unless the burden is shared with something like parity.

To put that as succinctly as possible, the days of paradise for a few are drawing to a close. The game of finding someone else in some convenient misery to fight our wars, pull our rickshaws, and serve as the offset for our every filthy indulgence is just about up. It is either Earth for all of us or hell for most of us. Those are the terms, those have always been the terms, and any approach to climate change that begins on those terms can count me as a loyal partisan. Otherwise, don't expect me to get overly excited as to which side of a golf-course heart attack shows the affluent, the educated, the suburban, and the wired a world much hotter than the one they were banking on.
Posted by The Mound of Sound at 1:00 PM