Is It Any Wonder Harpo Loves These Guys? 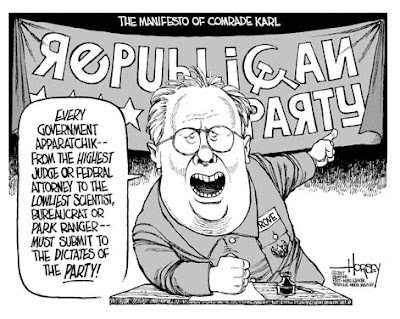 Horsey, Seattle P.I.
Posted by The Mound of Sound at 7:47 AM

The fired judges is a non-issue . . . these judges are appointed by the President.
During the Clinton years . . . 93 judges were fired . . . not a peep . . . a number of them were working in Arkinsaw on the Clinton crooked land deals which became known as "whitewter"
I didn't see any republican representation at the cons last convention . . . but wasn't Howard Deen at the last lib leadership convention? Does that make the libs related to looney Nancy and surender Reid???