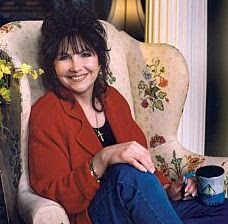 No matter how you cut it, $76-million a year is serious money. That's the annual revenue of Oral Roberts University and it's now in jeopardy over claims made in a lawsuit about Lindsay Roberts, wife of Richard Roberts, son of Oral Roberts.
The lawsuit has been filed by three former ORU professors who said they were sacked for bringing up some inconvenient truths about alleged shenanigans at the university in a report they delivered to the university's board of regents.
The professors allege that university president Richard Roberts "asked a professor in 2005 to use his students and university resources to aid a county commissioner's bid for Tulsa mayor. Such involvement would violate state and federal law because of the university's nonprofit status."
But the juicy bits concern Lindsay Roberts (pictured above) and allegations that she has a curious interest in "underage males." She is accused of dropping tens of thousands of dollars on clothes, awarding nonacademic scholarships to friends of her children and sending scores of text messages on university-issued cell phones to people described in the lawsuit as "underage males."
Posted by The Mound of Sound at 8:12 AM