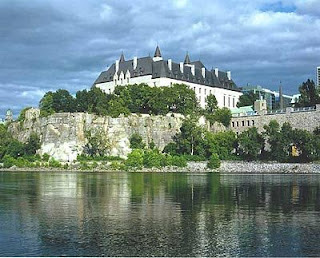 The Supreme Court of Canada has ruled that Canadian police can be sued for damages caused by negligent investigation. The majority decision was written by Chief Justice McLachlan:
,,,police are not immune from liability under the Canadian law of negligence, that the police owe a duty of care in negligence to suspects being investigated, and that their conduct during the course of an investigation should be measured against the standard of how a reasonable officer in like circumstances would have acted. The tort of negligent investigation exists in Canada, and the trial court and Court of Appeal were correct to consider the appellant’s action on this basis. The law of negligence does not demand a perfect investigation. It requires only that police conducting an investigation act reasonably. When police fail to meet the standard of reasonableness, they may be accountable through negligence law for harm resulting to a suspect.
…It has not been established that recognizing a duty of care in tort would have a chilling effect on policing, by causing police officers to take an unduly defensive approach to investigation of criminal activity. In theory, it is conceivable that police might become more careful in conducting investigations if a duty of care in tort is recognized. However, this is not necessarily a bad thing. The police officer must strike a reasonable balance between cautiousness and prudence on the one hand, and efficiency on the other. Files must be closed, life must move on, but care must also be taken…
The case involved a native man arrested by Hamilton-Wentworth police for a robbery he didn't commit. As a result, the man spent 20-months in prison until he was acquitted on a retrial. His claim for damages was dismissed as was the police department's appeal against a ruling that police investigators could be liable for negligent investigations.
Posted by The Mound of Sound at 9:11 AM