The End of Warming Deniers, The End of Tar Sand Shills 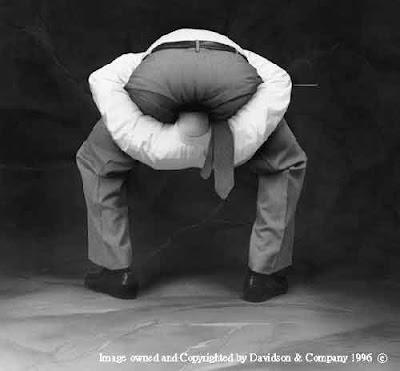 It may be time for Michael Ignatieff to yet again recalibrate his position on global warming (if you actually know what that is today, please let the rest of us in on it).


Iggy, the Liberal Party's self-styled Knight Errant and arch Bitumen-Booster may yet again find his irresistible impulse toward political expediency has dumped him in another mess of his own making.


Now we all know that Ontario has been cold and wet of late which, of itself, ought to be enough to put everyone on enquiry but beyond the centre of the universe the rest of the planet has been hot, very hot indeed. Now, as reported in The Guardian, the world is poised to warm much faster over the next five years than imagined by the IPCC.


The analysis shows the relative stability in global temperatures in the last seven years is explained primarily by the decline in incoming sunlight associated with the downward phase of the 11-year solar cycle, together with a lack of strong El Niño events. These trends have masked the warming caused by CO2 and other greenhouse gases.

As solar activity picks up again in the coming years, the research suggests, temperatures will shoot up at 150% of the rate predicted by the UN's Intergovernmental Panel on Climate Change. Lean and Rind's research also sheds light on the extreme average temperature in 1998. The paper confirms that the temperature spike that year was caused primarily by a very strong El Niño episode. A future episode could be expected to create a spike of equivalent magnitude on top of an even higher baseline, thus shattering the 1998 record.


Read the report and then ask yourself where the leadership of the Liberal Party is taking us. But let's not get too carried away with global heating even as many of us non-Torontonians are trying to find ways to keep our homes somehow liveable. How are the flora and fauna doing these days? The easy answer is, "bloody awful." A report just released in the journal Conservation Biology says we may be on the verge of an extinction in the southern hemisphere. Again from The Guardian:

Researchers trawled 24,000 published reports to compile information on the native flora and fauna of Australasia and the Pacific islands, which have six of the most biodiverse regions on the planet. Their report identifies six causes driving species to extinction, almost all linked in some way to human activity.


"Our region has the notorious distinction of having possibly the worst extinction record on Earth," said Richard Kingsford, an environmental scientist at the University of New South Wales in Sydney and lead author of the report. "We have an amazing natural environment, but so much of it is being destroyed before our eyes. Species are being threatened by habitat loss and degradation, invasive species, climate change, over-exploitation, pollution and wildlife disease."

The review, published in the journal Conservation Biology, highlights destruction and degradation of ecosystems as the main threat. In Australia, agriculture has altered or destroyed half of all woodland and forests. Around 70% of the remaining forest has been damaged by logging. Loss of habitats is behind 80% of threatened species, the report claims.

...The report sets out a raft of recommendations to slow the decline by introducing laws to limit land clearing, logging and mining; restricting deliberate introduction of invasive species; reducing carbon emissions and pollution; and limiting fisheries. It raises particular concerns about bottom trawling, and the use of cyanide and dynamite, and calls for early-warning systems to pick up diseases in the wild.

"The burden on the environment is going to get worse unless we are a lot smarter about reducing our footprint," said Kingsford. "Unless we get this right, future generations will surely be paying more in quality of life and the environment. And our region will continue its terrible reputation of leading the world in the extinction of plants and animals."

History has shown the governments either confront problems or they confront catastrophes. The difference is often whether they act proactively, that is to say effectively and in time, or drag their heels long enough to permit what had been a problem to grow and return as a catastrophe.

The slack jawed leadership so prevalent in the world today and particularly in Canada are foreclosing the proactive option. Our Conservative, Liberal and NDP 'leaders' are resolute heel draggers who are leading this country and future generations to a very difficult time and place. We know Stephen Harper is a genuine knuckle-dragger but what is Iggy's excuse? Cowardice? Let's face it, these changes aren't materializing on Iggy's personal political timetable. They're not somehow nicely slotting in to his agenda. He's so out of step with this growing basket of threats that he doesn't even talk about them.

A couple of weeks back I wrote to Ignatieff's office, asking that he press Harper to do for Canadians what the British government did for its own people - give them a forecast based on the greenhouse gas emitted so far of what warming effects they should expect by 2070 - a baseline, "best case" scenario for the global warming we absolutely will not be able to avoid.

This time I did hear back from Iggy's policy advisor, Jean Benoit Fournier:

I concur that adaptation to the inevitable hardships that Canada will face because of climate change should be an immediate concern. Fortunately, some scientists have taken the lead on this issue, filling the void left by Conservatives. I would recommend to you visiting the website of an organism called “Ouranos” (http://www.ouranos.ca/en/). I know them from a former life, and am following their work closely. They provide advice (mainly to the Québec government) on how to adapt to climate change.

Yes, Jean-Benoit, it should be an immediate concern but it's not and your guy is doing nothing to change that beyond ladling out utterly banal posturing.

Next to the United States, Canadians have become the most ill-served public on the major environmental confronting us. The Oil Patch government of the day doesn't want to talk about it and the opposition (with the exception of the Bloc) doesn't want to either. They're all afraid to touch it and the irony is that this is an issue that sells itself. Even the "best case" scenarios, if put in the hands of the Canadian public, would be enough to generate solid support for meaningful action, both domestically and internationally.
Posted by The Mound of Sound at 9:32 PM

"History has shown the governments either confront problems or they confront catastrophes. The difference is often whether they act proactively, that is to say effectively and in time, or drag their heels long enough to permit what had been a problem to grow and return as a catastrophe."

As I understand the reluctance of North American governments to take charge of the environmental problem that exists now is this reason....they talk about fifty years from now so that they cannot be held responsible. How many of them will be around fifty years from now to answer questions as to the "dragging" of their feet and mind. Government officials do not want to take responsibility for any of the problems we are facing regarding climate change...they prefer to pass it on including our wonderfully informed Canadian Government people. Iggy has a golden opportunity to be the first to institute what needs to be done to rescue the enviroment in this country but I am afraid there is far too much humidity floating around in his brain. A. Morris

You're right. None of these people is willing to look beyond the next electoral cycle. They see Canada in the context of their personal political fortunes and, on that score, Ignatieff is as bad as any of them.

These characters and those who constitute their political apparatus wilfully betray the public trust.