Bill Maher - "Birthers" Must Be Stopped 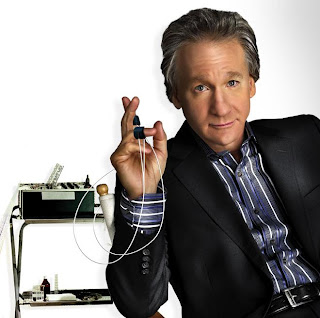 For the last couple of weeks, we've all been laughing heartily at the wacky antics of the "birthers" -- the far-right goofballs who claim Barack Obama wasn't really born in Hawaii and therefore the job of president goes to the runner-up, former Miss California Carrie Prejean.

Also, when Obama was sworn in as president, he forgot to give his answer in the form of a question.And yet, every week, the chorus of conservatives demanding to see his birth certificate grows. It's like they're the Cambridge police, Obama's in his house -- the White House -- and they need to see some ID.

And there's nothing anyone can do to convince these folks. You could hand them, in person, the original birth certificate and have a video of Obama emerging from the womb with Don Ho singing in the background ... and they still wouldn't believe it.

...Which raises the question: Why, in this country, is it always the religious right that won't take anything on faith?

So far, the reaction from Democrats is to laugh this off, and I understand why. If you seriously believe that President Obama is an African sleeper spy, get out of your chat room and have your house tested for lead.

...And once these stories get out there, they're hard to stamp out because our media do such a lousy job of speaking truth to stupid. Vietnam, Iraq and the Spanish-American War were all sold on lies that were unchallenged or even abetted by the media. Clinton got impeached and Kerry got destroyed in large part because the media didn't have the guts to say, "This is nonsense."

Lou Dobbs has been saying recently that people are asking a lot of questions about the birth certificate. Yes, the same people who want to know where the sun goes at night.

I think its pretty obvious -- they're looking for any slim hope to hang their hat on that they really don't have a black president, "it can't be true, there must be something that we can find that will keep our former universe intact...."

Their racism is so deep that believing in this farce is preferable to accepting reality.

Maher has a knack for cutting through bullshit. I particularly agree with these two lines;

It's like they're the Cambridge police, Obama's in his house -- the White House -- and they need to see some ID.

Why, in this country, is it always the religious right that won't take anything on faith?