Copenhagen On the Rocks 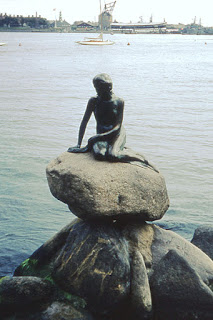 This could just be the leak of all time.

The fix is in. The richest countries are planning to grab the lion's share of the planet's carbon carrying capacity. The document was leaked to The Guardian:

...leaked documents ...show world leaders will next week be asked to sign an agreement that hands more power to rich countries and sidelines the UN's role in all future climate change negotiations.

The document also sets unequal limits on per capita carbon emissions for developed and developing countries in 2050; meaning that people in rich countries would be permitted to emit nearly twice as much under the proposals.

...The draft hands effective control of climate change finance to the World Bank; would abandon the Kyoto protocol – the only legally binding treaty that the world has on emissions reductions; and would make any money to help poor countries adapt to climate change dependent on them taking a range of actions.

The document was described last night by one senior diplomat as "a very dangerous document for developing countries. It is a fundamental reworking of the UN balance of obligations. It is to be superimposed without discussion on the talks".

"It is being done in secret. Clearly the intention is to get [Barack] Obama and the leaders of other rich countries to muscle it through when they arrive next week. It effectively is the end of the UN process," said one diplomat, who asked to remain nameless.

Readers of this blog may recall that I expected something like this would happen. In a post, "Whose Atmosphere Is It Anyway?" I feared that the West would move to lock in its priority claim to the lion's share of the atmosphere's remaining carbon carrying capacity.

I hope the Germans will scuttle this subterfuge. Germany backs the Third World position that the atmosphere is a common resource that should be budgeted on a per capita basis. Germany also proposes the concept of a "global commons" to govern use of the atmosphere and oceans under a charge for use principle.