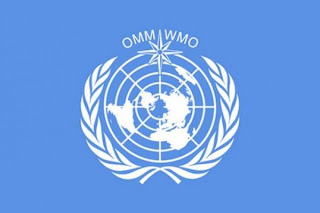 Those hustlers and charlatans who call themselves the World Meteorological Organization have spoken. All that talk about "global cooling" the lunatic Right drools on about is - bullshit.

Despite recent fluctuations in global temperature year to year, which fueled claims of global cooling, a sustained global warming trend shows no signs of ending, according to new analysis by the World Meteorological Organization made public on Tuesday.

The decade of the 2000s is very likely the warmest decade in the modern record, dating back 150 years, according to a provisional summary of climate conditions near the end of 2009, the organization said.

The period from 2000 through 2009 has been “warmer than the 1990s, which were warmer than the 1980s and so on,” said Michel Jarraud, the secretary general of the international weather agency...

While the WMO is still waiting for a few more weeks of data to come in, it looks as though 2009 will turn out to be the fifth warmest year on record.
Posted by The Mound of Sound at 6:11 AM