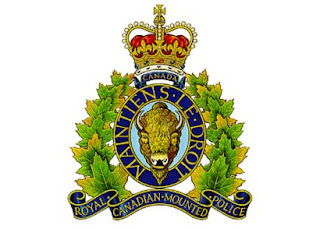 It happened in a park in Surrey, B.C. on Thursday night. Officer responds to call about drunken teenager wielding a knife. Hears an argument. Confronts the 15-year old who has his hands behind his back. Kid brings his hand forward revealing a 15-cm. blade. When the suspect refuses to drop the weapon, cop stuns him with a single taser burst. Problem over.

Afterward, RCMP spokesman Sergeant Roger Morrow jumps all over the incident. "Despite all of the discussion and to some degree controversy over the use of Tasers, they are a very valuable weapon."

Memo to Morrow: the controversy is over the improper use of Tasers, not where they're employed like this as an alternative to a firearm. Please tell me that a sergeant in the RCMP grasps that distinction. Please?
Posted by The Mound of Sound at 9:38 AM

Also please ensure that the NDP grasps this distinction as well, as the NDP favours a complete ban on tasers, based on the fact that they are sometimes miss-used.

Mark, that makes no sense at all. Tasers are important, in those situations where firearms would otherwise be needed, but only in those cases. For the sake of the bad guy AND the officer involved, I think any time that lethal force can be avoided they both come out of it better off.

Layton's party have not said they want a ban -- they want the RCMP to have a good policy on how they are used, or absent that, parliament to craft one for them.

Yep, banning tasers is a dumb idea, even if it conculsivelly found that tasers do indeed kill.

As long as police officers are authorized to use leathal force, then there will be times when using a weapon that is sometimes lethal (but not always) is going to make perfect sense.

Of course just as lethal force can be abused, so can tasers and other supposedly non-lethal weapons.

as MoS said the controversy is limited to the improper use of tasers, despite the fact that some people have forgotten this and are calling for an outright ban (though the NDP is not as was suggested in the comments).