Global Food Prices May Double by 2030 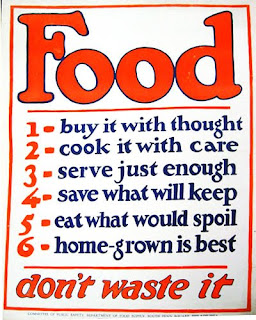 What's that awful sound?   Could it be empty bellies - or is that the clarion call of war?

Oxfam is warning that the already record-breaking price of staple foods could more than double by 2030.  It says we're embarking on an era of permanent food crisis that will hardest hit the most vulnerable, the poor, and spark unrest.

Research to be published on Wednesday forecasts international prices of staples such as maize could rise by as much as 180% by 2030, with half of that rise due to the impacts of climate change.

A devastating combination of factors – climate change, depleting natural resources, a global scramble for land and water, the rush to turn food into biofuels, a growing global population, and changing diets – have created the conditions for an increase in deep poverty.

...[Oxfam] said global food reserves must be urgently increased and western governments must end biofuels policies that divert food to fuel for cars.

It also attacked excessive corporate concentration in the food sector, particularly in grain trading and in seed and agrochemicals.

The Oxfam report followed warnings from the UN last week that food prices are likely to hit new highs in the next few weeks, triggering unrest in developing countries. The average global price of cereals jumped by 71% to a new record in the year to April last month.


Multisource political news, world news, and entertainment news analysis by Newsy.com
Meanwhile Canada is saddled with a Ruler who thinks al Qaeda, not climate change, is the greatest threat to global security and our own.

It's tough to come to grips with this.   We all have an image, an understanding of our world that we've each pieced together over a few decades.   That world, the world as we knew it in the 70s, 80s and 90s, is no longer.   It has been transformed, shifted into a new reality, and that transformation continues and accelerates.   Our climate is changing and it is changing our very civilization, rendering old ways, old wisdom, old rules utterly obsolete.

For most of my lifetime the future was something we had the power to shape to our liking, something through the elixir of knowledge and technology we might grow to suit our needs and wants.   But we overreached and now the future has turned into something we no longer control and to which our primary option is to adapt, if we can.

Adaptation, however, will not be on the priority list of our Ruler as he sells out our country and our people for his dream of fossil fuel energy superpowerdom.  It's filthy lucre our Ruler covets, so shamefully filthy that he deliberately conceals it from the United Nations.  Adaptation is the last thing on a mind that perverted for any meaningful and effective action on it merely shines a giant spotlight on the very thing Ruler works so hard to keep in the shadows - Athabasca.

And so Ruler sails off to Afghanistan to declare our mission a "great success" in the war against terrorism unaware that he's fueling conditions that may give rise to terrorism on a scale he cannot begin to imagine.   Numbnutted fool.
Posted by The Mound of Sound at 10:14 AM

Don’t forget that he also wants us to become a military superpower that is why trip to Afghanistan to show-off and lead role in Libya intervention. F-35 and multi-billion dollars of contract to build super-duper warships.

As the individual with the ultimate responsibility for the welfare and future of our people, Harper is an ideological pervert.

Ideological pervert and sociopath. I don't think I will be around in 2030 but I feel bad for those who will.

OXFAM’s predictions on the increase in food prices is seriously disturbing. Already so many people suffer from the unjust food distribution; they’ll be joined by countless others if our global leaders don’t take steps to fix the unjust food distribution system and rethink agricultural practices. Climate change and the rise in population will affect the entire world, including North Americans, who are so often untouched by global concerns. It’s so important that people recognize climate change as a serious cause of this potential catastrophe and others (see: extreme weather leaving people homeless, destitute or dead). It’s infuriating that people continue to ignore or downplay climate change when clearly it is a very real issue supported by evidence and the scientific community.

I wanted to share this video on the OXFAM predictions with you and your readers. I think you’ll appreciate how it analyzes news coverage from different sources to show various perspectives on the natural and man-made causes of the increase in food prices as well as possible solutions, including global governance. I hope you’ll considering embedding the video in your post.

Hi Kate. Thanks for the link. I hope others will check it out.

In our Parliament, the challenges of the coming decades are largely ignored. In your Congress, global warming is denounced as a hoax.

As a young student, you will live through the times these types even now bequeath to you and yours and the generations that will follow. That completely infuriates me.

Journalism, is it? Good for you. It is a craft that has fallen seriously into decline over the past three decades and is so desperately in need of courageous voices that will again emulate Cronkite and Moyers. Whatever you do, don't give in.

That would be terrific, OEM, but it would require a seismic shift in mass consciousness from a public nurtured on abundance and disposability. Our behavioural patters are affected by price but I'm not sure that could ever be enough to do much good for the people who will be most vulnerable to food price spikes - the world's very poorest.