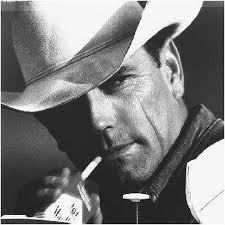 Has there ever been a country more enthralled with delusions of individualism than our neighbour to the south?  It's where, despite the mountain of evidence to the contrary, so many still cling to the image of the Marlboro Man and cherish the fairy tale of the "self made man."  They have been force fed the lie that their nation is the land of milk and honey where anything can be had if only someone wants it badly enough and works for it hard enough.

It was a harmless if not helpful narrative back when that country served its true economic engine, its middle class.   But then a new gang of wranglers showed up on the scene and realized they could use that fantasy to their purposes not to inspire but to ensnare its adherents.   The new boss with the movie star voice promised these believers that their best days were ahead of them, got them dutifully in harness, and then proceeded to relieve them of their wealth, their jobs and their future.  He transferred their wealth to the already wealthy and explained that it would all trickle back down to them and everybody would be rich.  One by one he cut the ropes that tied the ultra rich to the rest of the people and watched as the gap between rich and poor grew wider and wider and ever wider.

These wranglers realized that their nation had another great, untapped asset - it's unrivaled credit standing around the world.   Foreigners would send it money at rock-bottom rates for the mere asking.   Those with that money could then get rich beyond their imaginations by merely moving it around.   What good was money invested in manufacturing with a return of three or four percent when you could get three or four times that much from "new economy" investing?

The "new economy" was a madness all unto itself.   People needn't fret about their factory jobs being shipped overseas.   There would be work and wealth for all from the information sector.   Their country would no longer have to build so many things.  It would instead trade paper.

As soon as the ocean of borrowed money found a suitable home, wealth would appear as if by magic.   And so began what came to be known as the "dot com" bubble.   High tech companies that had a handful of employees and had never realized a profit became worth tens of millions overnight.   Those millions came in the form of stock certificates in the purchasing company - paper printed for just cents a sheet.    Those shares, in turn, went to the stock exchanges where moms and pops eagerly snapped them up, investing their retirement savings lest they be left behind.  And then, with that middle class wealth successfully transferred into the accounts of the uber rich, the bubble burst.

All that money was left to float along until it found another safe harbour.  This time it flowed into the housing market where it quickly inflated another bubble.  As middle class incomes faltered and stagnated, along came an elixir - their own homes.   Housing prices began shooting up and, as they did, homeowners managed to maintain their middle class affluence by regularly refinancing their mortgages, taking more "equity" out of the houses as though they were personal ATMs.

Yet that wasn't nearly enough for the wranglers.   But just in time they came up with an even better idea.   They would "securitize" that mountain of mortgages, bundle them up and transform them into marketable commodities.   No longer would the mortgage lender have to look to the mortgage itself as security for the loan.   The lender would simply flog the mortgage upstream, take a few points, and hunt for new borrowers.   The lenders wanted borrowers and they became less than fussy about who they were.   It didn't matter.   The paper, and risk, would be out of their hands just as quickly as it could be bundled and tossed on the market.  Lenders introduced a new form of loan, the "liar loan," in which the borrower's credit background was just made up so that bad risks became good risks with a few strokes of a pen.

As these bundled mortgage securities made their way up the food chain it became increasingly harder to assess their true value.   So, to grease the wheels, the big security houses began selling "credit default swaps," a form of insurance that just a few years earlier had been illegal.  Why illegal?  Because, unlike legitimate insurers, the security houses never had the capital reserves necessary to make good on their obligations.

As though securitized mortgages of doubtful value weren't enough, a new market in credit default swaps opened up.   For pennies on the dollar total strangers could
buy insurance on investments they didn't even own, for risks they didn't bear.  In a sane world that's called "gambling," not investing.  Yet this wasn't a sane world.   The Wranglers had driven their nation, their people stark raving mad and the uber-rich grew insanely wealthy from it.

People like Krugman and Stiglitz and Reich yelled to anyone who would listen that this fiscal emperor had no clothes only to discover that the insane don't heed warnings.   Finally the grand confidence game that was the housing bubble ended as all bubbles do.  It burst.

The little people got burned on their mortgages as insanely inflated property prices collapsed.  They lost their jobs as credit needed for their businesses to function evaporated.  Upstream, those who had invested in securitized mortgages realized they were holding garbage and went after the banks and security houses behind them.   Hundreds of billions of credit default swaps were called in and the security houses had no capital to honour them.  The whole rotten, bloated security monster was set to collapse under its own weight.   The nation, bled white, began to totter.

The Texas cowboy had to act.   This fiasco had, after all, happened on his watch even as he had debased his nation for the greater glory and wealth of the uber-rich.   So he did what the uber-rich expected of him.   He had the nation, the moms and pops, pick up the tab.   He pledged their good credit and their children's good credit to borrow the hundreds of billions needed to bail out banks and security houses and restore them to profitability.  He gave the financial sector the public's money and they gave him their degraded securities.

It was a time of chronic doom and gloom that cut across all class lines.   But was it?  Not really.  The narrative was simply edited to omit mention of what actually happened to all the money.   Everyone supposedly lost.   Nobody won.  That's nonsense.  There were a great many winners at the top who reaped enormous wealth out of these scams, many of whom ought to be behind bars except for the immunity of the anonymity carefully lavished on them.

Sane people might have been driven into the streets carrying torches and pitchforks to hunt down these scoundrels but that never happened.   Their frustrations and fury were instead diverted, harnessed into harmless movements of collectivized individualism like the Tea Party.   Harmless, that is, to those who made out like bandits at their expense.   People with silly names like Rush and Newt and Rupert realized the movie star's narrative could be recycled just as confidence schemes return again and again.  People with ominous names like Koch and Coors send rivers of money into the effort.   And with enough money and the ear of the public they've largely succeeded.

The little people believe that their individualism anchors their hope for the future.  It's why they believe that universal healthcare will somehow enslave them.   They recoil at the very mention of the word "socialism" without understanding what it means.   They don't understand that what they have just witnessed, the burden they and their children now shoulder, was yet another example of their country's socialism - for the very rich.

With the former wealth of the middle class now safely transferred, their core assets devalued, their governments paralyzed with debt, what remains to be taken?   Once you have sapped their economic power what remains to be purloined is their political power.   It doesn't matter that they can still vote so long as you can control the vote and the legislators they elect.  It's also handy if you can control the judiciary.   That way you can get legal authority, such as the Citizens United decision, to corporatize government.   Call it "reverse election finance reform."   In elections, money talks and the money that talks the loudest during an election is the one that gets the legislator's ear afterward.

Once you have transferred the public's wealth, impoverished their institutions and achieved a "bought and paid for" legislature what's left for the Little People?   Oh yeah, I forgot - individualism.   Then again, individualism sucks. 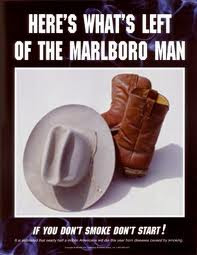 Email ThisBlogThis!Share to TwitterShare to FacebookShare to Pinterest
Labels: individualism

Sad. And scary. The "american dream" will continue to be sold to us on TV and in popular media. The little people will continue to be fascinated by the train wreck that is popular culture and consumerism while the uber-rich carry on. When the news is full of an inconsequential marriage of a redundant monarchy, and why we should not see pictures of a dead terrorist, I wonder what we are being pointed away from?
The consequences of all of this are sure to be disastrous, but I can't help thinking that the great mass of us have brought this on ourselves. And what the hell are we going to do about it now?

What are we going to do about it now? In my view the way forward begins by dismantling our corporatized media. These information cartels serve a vested interest that is at odds with the public interest. A free and open media presenting the broadest range of diverse opinion is fundamental to democracy yet we've allowed it to be choked into submission. Until we reverse that, corporatism will run rampant in our nations.

Very informative article and right on the money! My hubby and I lived through most of it until 2004 when we decided to return home to Canada.
Yes, we have our problems here, but at least socialism and liberal are not dirty words in the Great White North. There was no uprising in the US, altho there should have been, however, I am sure that there would be one in Canada if you took away our health care.
I always found the attitude toward health care strikingly ironic in the US, but as you detailed--it was part of the corporate plan.
It boggles my mind that Tea Party activiists are constantly battling against the social benefits that most of them enjoy. Talk about fighting against self interest.
I hope you don't mind if I smile a little bit about living in Canada away from fray. :-)
Canajun