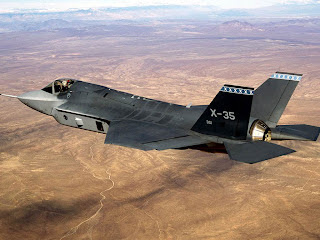 The Pentagon has enjoyed the Bush era, transforming defence procurement into one giant pinata party. Every defence contractor is invited, given a jug of tequila and a stick and, boy, aren't they doing some bashing.

In the War on Terror era or the time of "get as much as you can, while you still can," the US defence procurement budget has burgeoned and, with it, contract overruns. Okay, we're talking about defence contracts and cost overruns which almost go hand in hand, only this time we're talking about just under $300-billion for 2007 alone.

The Government Accounting Office ("GAO") has examined 95 major defence contracts finding overruns of $295-billion that are bloating the overall tab to $1.6-trillion. Worse yet, those contractors are so busy hauling away bags of cash that projects are coming in two years late and not one of those examined met all of the military's standards for "best management practices."

Okay, so what is $1.6-trillion in the greater scheme of things? Well, in the final year of the Clinton administration the Pentagon's procurement budget came in at $790-billion so $1.6-trillion is a whole lot more of something. Total acquisition cost increases during the last year of Clinton's presidency were 6% over budget compared to 26% for 2007.

"In most cases, programs also failed to deliver capabilities when promised -- often forcing war fighters to spend additional funds on maintaining" existing weapons systems, according to the GAO.

So what, this is an American problem, isn't it? Well, not entirely. These things have a habit of spilling across borders, especially on multinational weapons acquisition programmes. Take, for example, Lockheed's Joint Strike Fighter, which Canada, Britain, Australia and a bunch of other nations are lined up to order. The JSF cost is already 36% over budget and these aircraft are still years away from entering service.

Canada has given a letter of intent to buy 80 of the JSF aircraft for $3.8 billion only now that would come in at something closer to $5-billion and that figure doesn't include spares or support. That's one expensive airplane and no one knows yet what the final cost may be.

America has always had a healthy arms export trade. American weaponry has been appreciated for its quality and advanced technology. However now other nations are making big strides in developing their own high-tech systems - Russia and China and India, for example. It's conceivable that, within a few years, these other nations could advance in technology to the point where the US defence industry simply prices itself out of the international market. Then you'll see the fur fly.
Posted by The Mound of Sound at 7:31 AM

A number of American defence contractors are starting to feel the pinch due to ITAR (International Trade of Arms Regulations). The rules are rather restrictive for the external sale of weapons and related technology. So much so, that European contractors (like EADS or Thales) are starting to offer ITAR-free items.

The Aussies recently picked a European helo over a an American model for what boiled down to access to source code. In effect the ITAR burden was the tipping point.

All that said, I think you are correct in your assertion that these American companies are shoveling the cash out of the treasury while they still can. What that mean for our domestic procurement remains to be seen.

Our military budgets can hardly absorb much more growth in the 5 billion+ price tag with JSF. I am very curious to see what happens. Cancelling the involvement would be a tremendous political blunder, like EH101 on steroids.

Hi Ed. Are we already in some sort of penalty jeopardy if we decide not to go with the F-35? Jebus I hope not. From faulty submarines to troubled tanks and helicopters that keep cracking windows we seem to be going from one procurement mess to the next.