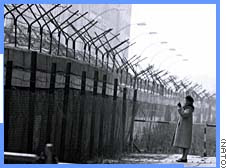 Despite the remarkable success of the denialist hucksters as George Monbiot laments, the science of anthropogenic global warmings is plainly "in" and the evidence of man-made global warming is now on a par with the evidence for Darwinian evolution or the link between smoking and lung cancer.

The denialist community has been wildly successful at sowing doubt to undermine public acceptance of the urgent need to do what must be done to adapt to the change that's already coming and to slash carbon emissions to curb even greater, more lethal change in the future.

The denialists may have lost the fight when they shilled for Big Tobacco but that merely allowed them to hone their skills and bring their A Game to the climate change battle. But wait, if climate change is real then the denialists will clearly lose eventually, right? Yes, but not before they've accomplished their objective, not before they've won.

Won what exactly? The obvious answer to that is they will have won what they can, the most benefit possible for those on whose behalf they toil. They can't wish climate change away but they can control the political aspects of it.

Whichever side owns the climate change issue is bound to have an enormous political advantage for decades to come. This one issue is set to reverberate through just about every facet of our economic, political, even military structures in the short and mid-range future.

If there was one thing we learned from Cheney-Bush it was that just about anything, even war-fighting could be transformed into a political wedge issue out of which those in power were able to channel vast wealth to select companies and individuals. If you don't grasp that, try to say "black-wa-ter" or "hall-i-burt-on" until you can say them really fast.

If there was that much wealth to be mined out of something as ridiculous as their "War on Terror," what vast treasures and nearly unlimited power can lie in store for the side that gets to control the climate change issue? Take a minute and let that really sink in.

Remember when Harper rebuked the climate change issue, calling it a socialist plot to effect an enormous transfer of wealth? Well which side has a proven, clearly demonstrated skill at enormous transfers of wealth? Which side has engineered the demise of the middle class, the multi-decadal stagnation in real wages and the vast expansion of the gap between rich and poor? If you're looking for an "enormous transfer of wealth" it already lies at your feet. Hiding behind a smokescreen of cheap money, the "shiny thing," these hucksters have been furiously transferring wealth while patting our heads and telling us fairy tales about "trickle down" economics. They have pillaged our governments, emptied our national treasuries and left in their wake mountains of debt behind which to make good their escape.

If the Right runs true to form, it already knows it has everything to gain and almost nothing to lose by sabotaging the efforts of centrists and the centre-left to tackle the climate change threat. Think Naomi Klein, think "Disaster Capitalism."

Writing in today's Guardian, Peter Preston ponders the climate change end game as it may play out if we're lulled into complacency by the denialists;

...it is, indeed, desperately late already to begin wondering openly whether democracy, in its rhetorical aspirations and covert calculations, in its consensual stumblings and murmured frailties, can cope with the upheaval that science tells us is necessary.

...We're used to the awful prophesies of cities submerged, continents parched, millions left to perish. But we're not used to thinking through what these things will mean for the systems we live by, the norms we embrace. Take the sum of all fears, when it's (almost) too late. Take the realisation, at last, that something has to be done. Take the sudden, alarmed perception that bickering politicians have been the problem all these years, not the solution. Then take the greatest care.
See what a relatively few terrorist strikes have wrought by way of corners cut, liberties eroded. Imagine how a savage mix of floods and droughts will devastate old assumptions. Enter a strong man, or a series of strong men, promising extraordinary action. Exit a generation of failed leaders without, it is said, the strength to lead.


If our climate changes, then much else must change with it. If Copenhagen sets a time scale for action, then every second counts. If public fear cries at last for sacrifice rather than temporising, then there will be no time for those we chose to lead us in an environment where debate and delay never ceases. That's democracy, of course. Our way, our belief. But, put to the test on current performance, it doesn't sound much like survival – unless the political classes know it's their survival at stake, too.

I think the seismic social upheaval envisioned by Preston is less a certainty than he suggests. What he overlooks is the inherent, almost unimaginable value in catastrophic climate change to be mined by the unscrupulous. It is a matter of political and economic treasures previously unknown, waiting to be plucked by the shrewd opportunist.

We, you and me, will wind up the worse off for it but, since the political malignancy of Ronald Reagan metastasized, we've become accustomed to that.
Posted by The Mound of Sound at 7:56 AM