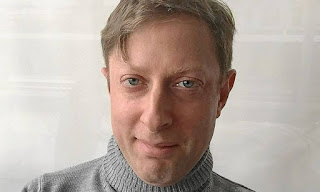 Foreign Policy's Daniel Altman on why Trump's most un-American outburst cannot be ignored.

A president can do many things that seem cruel, especially from the point of view of his political opponents, such as encouraging Congress to strip health insurance away from millions of Americans. He can also do many things to offend the moral sensibility of his constituents, such as talking about grabbing women by their genitals. He can even go so far as to call into question American values, perhaps by equating the actions of white supremacists and those who oppose them.

Each of these actions is abhorrent in its own way, but I would argue that none of them creates the same peril to the nation — and to humanity itself — as the president’s retweets. I know it may seem like an enormous exaggeration to pin such importance on the result of clicking a button on a webpage. But again, please bear with me.

Some of the greatest crimes in human history have begun with moments like this one. Social scientists agree that attacks on an entire class of people — whether identified by their race, religion, education, or any other distinguishing characteristic — do not happen spontaneously. First the mob has to be primed. The targeted group has to be demonized through a campaign of hateful misinformation, always presented as legitimate information by people in positions of trust. Then the signal for violence falls on ready ears.
...

Americans need only look to the historical case they probably know best: that of Nazi Germany. One of the precursors to the Nazi ascendancy was the immense popularity, in the painful aftermath of World War I, of a book purporting to disclose Jews’ plans for global domination: The Protocols of the Elders of Zion. The book was a forgery — no such plan existed or had ever been published by Jews — but it and similar texts cemented Jews as scapegoats for Europe’s economic and political ills years before the Nazis took power.

The analogy to the president and his retweets is striking. He has used populist rhetoric to gain sway with vast numbers of disadvantaged and disillusioned Americans, in part by appealing to long-held prejudices. The videos he shared purportedly portray outrages committed by Muslim migrants in Europe, yet in reality they may be nothing of the sort. And just as Adolf Hitler claimed that the mainstream media’s dismissal of the Protocols proved that they were true, the president has repeatedly switched fact for fiction, especially in his denouncements of “fake news.”
...

I am worried that the president has set us on this long and terrible path. I worry for Muslims, but also for everyone who believes in freedom and equal rights.

If our nation’s democratic institutions, including the office of the president, have been subverted to take us even one step closer to Nazi Germany, we have already gone too far. No tax reform bill or allegation of sexual harassment, however ill-conceived or despicable, presents a greater danger. And with the drums of war beating again, the chance to spread hate more widely in a wave of nationalistic fervor will soon beckon.


As a person of Jewish parentage, I feel the danger evoked by the president’s retweets especially keenly. When I was growing up, my mother would occasionally pull out a book of family photos from the former Czechoslovakia, where both of her parents had been born. The early pages were full of well-dressed Moravian urbanites from the late 19th and early 20th centuries. Then there were photos of the smiling faces of their grown children, all people who were later murdered in the Holocaust.

The American right to free speech has been abused for years with talk radio preaching hate. No one seems to think the hate mongers should be unplugged. Why do that when they drive up the ratings? Now the hate monger in chief is the President and they can't shut him up. This can lead to some very uncomfortable place.

In fact, Trump never says anything bad about Muslims. He's in an alliance with Saudi Arabia. He simply says he's opposed to immigration anarchy and letting jihadists into the country. (Of course, the Saudis back the jihadists – not that anyone can make sense out of Middle Eastern politics!)

People should be careful using the Holocaust in their cries of wolf against Trump. That's not a word you want to wear out.