The "Bought and Paid For" Tax Reform Bill 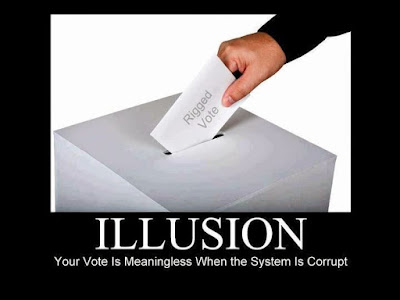 The menacing face of Congressional corruption is being exposed in the Republican's tax reform bill. They can't hide it any longer. They've stopped even trying to deny it. They're bought and paid for, have been for some years, and now they have to do their patrons' bidding.

Even Senator Lindsey Graham admits the Republicans are at a 'fish or cut bait' moment with their affluent owners.


As Common Dreams reported Tuesday, Rep. Chris Collins (R-N.Y.) has made a similar comment recently, complaining that his donors are pressuring him to pass tax cuts or “don’t ever call me again.”
Critics had the same response to Graham as they did to Collins: “Dude, you’re not supposed to actually admit that out loud.”


It’s nice to see Republicans in Congress looking out for the people who really matter: their wealthy donors. pic.twitter.com/BfS5TyaTGt


This is
(A) true
(B) an incredible thing for so many Republican lawmakers to say out loud this week. https://t.co/jTmHzYxyDA


In a heroic effort to save the middle class, @GOP will pass #TrumpTaxScam because their wealthy donors will stop bankrolling their campaigns if they don’t. https://t.co/j3zIGb797Q


They keep saying the quiet part out loud https://t.co/VjJ4ohBsA7


Republicans are literally out here warning each other that their big donors will stop writing checks if they don’t do their bidding. https://t.co/7kheh52bzA

Will this ever sink in with Republican voters. These guys are saying, "We're on the take, we're on the pad, we're on the payroll and we're not working for the voting public. We're in service to the guy with the chequebook."

It's interesting that the decline and collapse of Rome and its empire were also marked by the rise of transactional democracy. If you were rich enough you could buy pretty much whatever you wanted from the Senate. Today, if you're rich enough, you get to buy pretty much what you want from the Congress of the United States of America. And one of the things those rich folks expect for their money is that tax reform bill that will see 80 per cent of the benefits flow to the top 1 per cent.

We all knew this . It is sad but not surprising that Republicans think this behaviour is normal and no longer even bother to deny.