It's Not Just the Depth of the Challenge, It's the Magnitude. 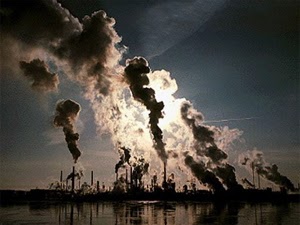 Let this idea soak in for a minute. A report from the Tyndall Centre for Climate Change Research concludes that Europe's only hope of meeting its Paris greenhouse gas emissions commitments will require  the phasing out of all fossil fuels, including natural gas, by 2035.

That's the decarbonization of Europe in just 17 years. It's not just banning diesel cars or shuttering all coal power plants. It's the lot - home heating, electrical supply, trucks and cars, the lot in a breathtakingly short interval of 17 years.

That would be a Herculean undertaking for Europe's advanced economies - if they could afford it. Much of the EU membership, however, is plagued by one weakness or another. Some states are broke or almost there. Others are wracked with social or political turmoil. Then there's Poland where "coal is king" and they're proud to admit it.

Can Europe do it? Possibly but it's hard to see how. Even if they could find that extra mountain of Euros where do they find the political will or the public support for the sacrifice this would entail?

Meanwhile, 2017 is expected to set a record for fossil fuel consumption. Over the past couple of years fossil fuels seemed to have plateaued.

The expected jump in the carbon emissions that drive global warming is a “giant leap backwards for humankind”, according to some scientists. However, other experts said they were not alarmed, saying fluctuations in emissions are to be expected and that big polluters such as China are acting to cut emissions.

Global emissions need to reach their peak by 2020 and then start falling quickly in order to have a realistic chance of keeping global warming below the 2C danger limit, according to leading scientists. Whether the anticipated increase in CO2 emissions in 2017 is just a blip that is followed by a falling trend, or is the start of a worrying upward trend, remains to be seen.

Let's see. 2018 is a hop, skip and a Black Friday away. Emissions have to peak by 2020 and then begin to plummet (which would require governments to intervene to shut down high carbon fossil fuels such as bitumen) and just keep free-falling for years until the GHG beast is slain. That means we'll need to bring on stream massive amounts of alternative clean energy beginning in 2021 to replace the fossil fuels we'll be abandoning plus meet the growing needs of a still burgeoning global population.  Do you see any signs of that happening where you live?

The longer we wait - and we do so love to wait - the more the challenge grows in both depth and magnitude. Meanwhile, across the far north, nature is stirring.
Posted by The Mound of Sound at 8:29 AM