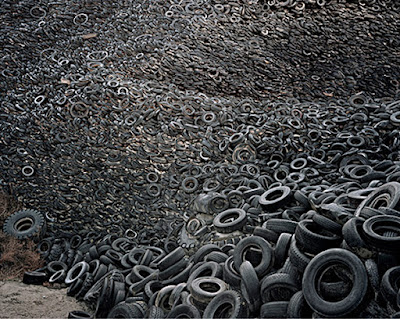 I've stumbled across a book in my stack of overdue reading, a mystery book. All I know is that I didn't buy it. Somebody must have sent it but 'whom' remains unknown.

It's the usual 450-500 page tome, softcover, but obviously new. I thought I might as well give it a go but, for some reason, I decided to start at the third and final part. That's odd, for me at least.

The book is Homo Deus, A Brief History of Tomorrow, a 2016 offering from Israeli prof Yuval Noah Harari. He's an Oxford PhD so he's certainly credentialed. He may be incredibly famous and popular but I hadn't heard of him.

It was time to check out prof Harari. Ain't that what Google's for? From The Guardian I learned that he began his career in academia researching medieval warfare. Then he burst into the public eye with a book called Sapiens.

On almost every page of Sapiens, a bible of mankind’s cultural and economic and philosophical evolution, our millennial battles with plague and war and famine, Harari announced himself a Zen-like student of historical paradox: “We did not domesticate wheat,” he wrote, “wheat domesticated us”; or “How do you cause people to believe in an imagined order such as Christianity, democracy or capitalism? First, you never admit that the order is imagined.”

Cracking Homo Deus at Part III plunged me headlong into thinking about the value, the need for homo sapiens, you, me, all the others who now tower over the biosphere nearly eight billion strong. I will give you more insights into Harari's wonderful book in future posts but, for now, it's my question - how many is enough?

The question brings to mind a comment I left yesterday on Owen's Northern Reflections blog:

Humanity has three mortal addictions. Cheap fossil energy is only one. It is compounded by our relentless growth in the global population. Those two are then compounded by exponential growth in GDP - extraction/production/consumption and waste.

All three of those rise to the level of existential threats. One or more of them will do us in, at least as we now live. The question is reduced to which one - or perhaps two - of them has the shortest fuse. We're burning more climate-bending hydrocarbons than the environment can bear. That stops at some point. We've burdened the biosphere with with our sheer numbers at least twice its carrying capacity. Whole lotta people going to die. And we're using more resources than the planet can sustainably provide - by a factor of 1.75 times and that's growing.

If you listen you can hear all three of those fuses crackling, hissing and popping. Nobody is much interested in putting them out - any of them.

We had a chance to do this on our own terms but we weren't up for the heavy lifting.

There are three factors, each an existential threat, that directly bear on the question of how many is enough - our addiction to hydrocarbons, our relentless propagation and our rapacious over-consumption of the planet's resources. Each drives the others with an extinctive synergy.

We're told if we only better manage ourselves, our food production, etc., we can handily support eight billion or ten. But that statement assumes that eight billion or ten or twelve is a good thing. We assume a merit in that that is founded on something we imagine. Odd that 'why' never comes into the discussion. Why not?

If we did produce enough food, today, to end all hunger, what then? Wouldn't we then have even more people? Wouldn't those extra people consume even more energy? Wouldn't they accelerate the pace at which we're exhausting the planet's finite stocks of essential resources? In other words, it's not about shoving enough food into ever more mouths, not when the whole dynamic of human interaction with the biosphere is so gravely out of whack.

So, if eight billion is too many (it is) then ten billion must surely be out of the question. That question becomes how many is enough. How do we figure that out? What's the math?

How do we justify the human population? What are the merits of eight billion copies of ourselves? How is eight billion better than, say, two billion? Is two billion too few? Too few for what?

Do we need some justification for our numbers? I so wish we'd had this discussion 70 years ago but that horse has plainly left the barn.

Professor Harari suggests that most of mankind is on the verge of becoming obsolete, redundant. He contends we are on the cusp of all manner of scientific advancements, the most powerful of which will be mathematical, algorithms. We will divide into classes, the essentially useless and the few who (if they're lucky) control the algorithms that will allow them to do things like gene editing, extend their longevity. breed super-humans and, well, own everything including everyone else.

He makes very compelling arguments. Don't take my word for it. Arguing with me is not really that helpful. It's his hypothesis after all. Don't shoot the messenger because it just leaves an awful mess that somebody else has to clean up.

However you don't have to dispute Harari's arguments to address the questions posed here - why do we need people and how many is enough?

Wade in, fang and bloody claw.

If you want a bit of help composing your thoughts, this will scramble a few neurons.

Hugh, you have the Google power.

We really need “authentic thinking” to get out of this.

My older brother sends me this stuff regularly so I don't get bored riding the stationary bicycle downstairs on rainy days.

It's a 57 minute talk by the author of today's featured text. A milder version of the starter course is over at the Tyee this morning, authored by Andrew Nikiforuk

It's a lovely outline of what we won't do to forestall disaster.

Is that your theory, Hugh? I'm not aware of it although I would have to say that about many things. For what it's worth the IEA, OPEC and others see a rip-roaring future for fossil energy growth for the next 20 years. If that happens we'll be shedding population all right just not because of any deficiency of carbon fuels.

I had both links in my comment. They seem to have been stripped out.
Here's the talk:
https://youtu.be/4ChHc5jhZxs