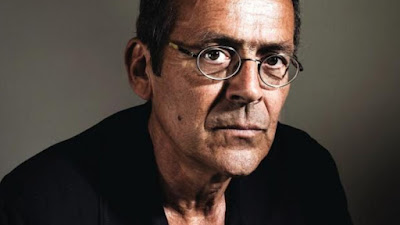 Have we been brainwashed? Are we making our own decisions or is that something that we imagine?

Many years ago I realized that we, but especially the American people, had been groomed, conditioned. How else to explain their counterintuitive behaviours? How else do you get that many people to rise up against their own interests? Why not ask a convicted bank robber, Bernard Stiegler.

After a transformative stretch in a French prison, Stiegler emerged to write a book, "The Age of Disruption: Technology and Madness in Computational Capitalism."


He dauntingly refers to the present’s “absence of epoch” — i.e., today’s lack of any significant political ethos. This “absence of epoch,” during a time of critical ecological changes, is why so many have been left disaffected, fast becoming (in Stiegler’s heavily italicized prose) “mad with sadness, mad with grief, mad with rage.”

So how does all of this relate to our present politico-economic malaise? Stiegler believes that digital technology, in the hands of technocrats whom he calls “the new barbarians,” now threatens to dominate our tertiary memory, leading to a historically unprecedented “proletarianization” of the human mind. For Stiegler, the stakes today are much higher than they were for Marx, from whom this term is derived: proletarianization is no longer a threat posed to physical labor but to the human spirit itself. This threat is realized as a collective loss of hope.

...Today, billions of people are reliant on information technology that reduces culture to bite-sized chunks (the thought-span of a Tweet), and which is used primarily for marketing purposes by a monopoly of tech giants. Stiegler believes that such a situation threatens to dissolve the social bonds that embed individuals in collective forms of life. Most worrying of all, social networks are becoming the main source of cultural memory for many people today.

... Stiegler firmly believes that a distinction must always be upheld between “authentic thinking” and “computational cognitivism” and that today’s crisis lies in confusing the latter for the former: we have entrusted our rationality to computational technologies that now dominate everyday life, which is increasingly dependent on glowing screens driven by algorithmic anticipations of their users’ preferences and even writing habits (e.g., the repugnantly named “predictive text” feature that awaits typed-in characters to regurgitate stock phrases).

I'm reminded of Twain's warning that "there are lies, damned lies and statistics."

.. what percentage of Canadians create masterpieces of music or art.. ??

.. few of us will find reknown for executing astonishing works
But to read gloriously, enhanced by the experience
whether fact, fiction or powerful inspiring observations..
that's an area of potential excellence many of us can & do attain
In the same way, Edward de Bono writes of 'thinking' ..
& that its best cultivated and refined fhroughout a lifetime

Its apparent that in politics, reading with gusto or excitement is extinct
.. so who is pushing policy.. yet talks or reflects in complete ignorance of the file ?

.. The written word.. not an algorithm, not a poll.. non-partisan
just the simple words of common sense or discovery or consideration
remains the great bounty.. and the ability to think or see.. to measure

Yes, Owen, and what befalls when we lose our perception of the distinctions?

That's true enough, Sal, yet how many of us have or will set aside the plethora of amusements and distractions to make time to read these great tomes? How can someone immersed in Instagram, Twitter or FaceBook, emails and instant messaging, free that much time?

The media indeed becomes the message and that media is always under foot.

This fear is why I fight to have philosophy in high schools. We need to read longer, more complex texts, not just to learn what some dead guys thought, but to re-develop the skills of reading and thinking. Students sometimes actually google the answers to opinion questions, but they get stuck on the reasoning. It's that reasoning behind arguments that's missing in soundbites, and that's what we must teach kids to look for and to demand in claims they find online.

I've been brainwashed by my political science teacher. He kept going on about Critical Theory and white privilege and now I'm a Marxist. You probably don't believe me but I'm dead serious.

Somewhat related to this topic, I will confess I do not participate much in social media. I do occasionally comment on MSM items. I relate this because I am curious as the why of the following:

Secondly, I thought the same comment was pertinent to a second article in the NP, so posted it as a reply, as follows:

The Kenney government says this with, I presume, a straight face? "Finance Minister Travis Toews says the decision to end Lorne Gibson’s contract is about saving money . . ."

The UCP leadership campaign was awash in illegal and, to put it charitably, unsavory and dirty tactics and activities. Proven, admitted to and fined for. There are ongoing investigations, including by the RCMP.

Now Kenney is Premier of Alberta due to those activities. I cannot recall any election Kenney has been involved with where there were no questions raised about questionable activities with which he was at least peripherally involved.

His expenses, naming his mother's basement as his primary residence while a senior minister in Harper's cabinet, also provide me with no confidence he or his government are honorable, honest and fair dealing.

We get the government we deserve. Alberta deserves better.

[This comment also posted regarding this article, "Alberta government firing election commissioner who was investigating leadership"] <-

I am guessing that the word 'Backpfeifengesicht,' baffled one or the other. And I bet a nickel that if I were to enquire why one instance of it was published and the second was censored . . . I would get 'Crickets' for an answer.

It is what it is. smile

Marie, you're right but I fear you're fighting an uphill battle. We're developing these Lord of the Flies societies in which, not only do we disagree, we disagree on just about everything and we learn to distrust and even despise "the other." Social cohesion fractures and, on both sides, we're diminished.

Whether it's strapping on a dynamite vest or flocking to a Trump rally, both involve a suspension of the ability to reason, to discern manipulation. We were astonished when Trump boasted he could shoot a stranger on 5th avenue and it wouldn't cost him a vote. That is mirrored in his rallies where he doesn't hesitate to tell the throng the most outrageous lies. He knows they'll believe him.

Learning is supposed to be a lifelong process. Yet American studies of university graduates find few read even one book a year. When your information, which forms the foundation of knowledge, is delivered in a chaotic flurry of McBites, you're some charlatan's lawful prey.

Marie, I think we're in trouble.


James, I sense that Kenney is the "New Man" of modern conservatism. What that movement is today has very little in common with classical conservatism of the Edmund Burke variety. The cells have begun metastasizing. It's malignant. Trump has inspired copycats.