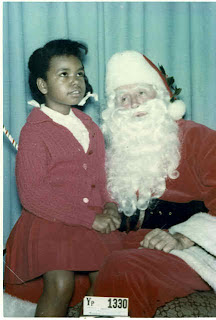 Wonder what you'll get US state secretary Condoleeza Rice for Christmas this year? Here's what she wants more than anything. Ready? She wants a calendar - one of those big, wall calendars with separate boxes for every day. And to go with it she wants a box of red felt marker pens.

Condi wants to slap that sucker up on the wall of her office and use the pens to cross off the days until it's all over, when it becomes somebody else's miserable job to try to clean up the messes she and her bosses have made around the world, the day when she can say "screw it" and kick back with a pitcher of margaritas.

Maybe if she can just down enough tequila she'll be able to overcome any residual traces of conscience, integrity and decency in time to bundle up three hundred pages of hallucinations, spin and outright lies to pour into a volume of memoirs. Lord knows she's done enough spinning and lying over the past seven years that, by the time Bush is run out of Washington, that she should be able to do it even passed out in a pool of vomit.

Then, as the hangover fades and the hands steady, she can ready herself for the real challenges of the coming years - defending herself and her masters against their accusers and attackers. They'll likely be challenged as no other administration in history. That's because there's been no previous administration so incompetent, self-serving, dishonest, secretive and utterly abusive of the public trust that attends high office. It'll be a whistle blowers' Mardi Gras and all those minions, keepers of the darkest truths, who've buried their heads all these years out of fear of the fabled retribution of the masters, will be free at last to talk, to reveal and indict, even to draw maps showing where the bodies are buried.

Yes, I would think that, much as the Bushies must be looking forward to being released from the constant shirking of responsibility, they must also view life after 2008 with a certain dread. Unless, of course, the Terror continues. Unless luck is with them one more time and the November runoff comes down to Clinton versus Giuliani. Then there may yet be hope.
Posted by The Mound of Sound at 8:37 AM