Let's Not Get Backed Into Another Cold War 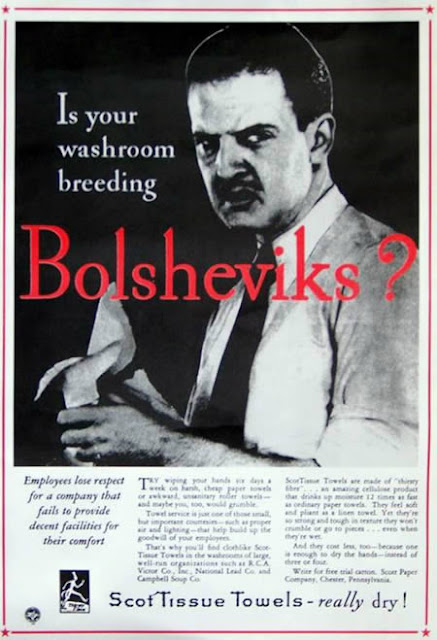 Nobody wants to talk much about it but the Harper/MacKay pinwheels seem intent on signing Canada on to America's next Cold War, this one in Asia.

Already announced by Obama/Panetta, America's military posture has pivoted away from the Middle East into the direction of Asia.   The Pentagon is already conducting stealth bomber and fighter attack exercises, simulating a first-strike to destroy Chinese air defences and other military installations.  Imagine how the Pentagon would react to a Chinese aerial live-fire exercise simulating an attack on, I don't know, Pearl Harbour?

But what is this new Cold War all about?  Cold War One (CW1) was relatively straightforward.  It was about preventing a Soviet takeover of Western Europe, at least ostensibly.   Cold War Two (CW11) is a different animal altogether.

CW11 is about spheres of influence in the face of power shifts.  It is about the rise of new hegemons and the decline of an older hegemon.  It is about economic, political and military rivalries.  And alas, true to form for the 21st century, it's about oil or, more specifically, oil and gas - Persian, Asian and Caucasian oil and gas.

Asia Times Online has a useful summary of the Russian play now underway in Pakistan and the move to create an "energy club" linking the major regional producers with the major regional customers, China and India.   The basic idea is for a pan-Asian/Caucasian/Persian oil and gas bloc in which there's no room reserved for the United States.

These developments constitute a daunting challenge to the US' regional strategies in Asia and the Middle East. The ramifications are quite far-reaching. First and foremost, Pakistan's "defection" from the Western camp all but amounts to a crippling blow to the US' New Silk Road Initiative aimed at rolling back the Russian and Chinese influence in Central Asia. Along with that, the US' dreams of getting access to the vast mineral resources of Central Asia and Afghanistan would also suffer setback.

On a practical plane, Pakistan's geography has been the lynchpin of the US regional strategies in Afghanistan and Central Asia, and without Pakistan's cooperation no viable (non-Russian, non-Iranian) communication link with those regions is sustainable, which in turn, jeopardizes the plans for the establishment of a permanent US and North Atlantic Treaty Organization (NATO) military presence in the region in the "Eurasian heartland".


...Again, a coming together of the energy producing and energy consuming countries of Asia is the ultimate nightmare scenario for the US, which fears exclusion from the ensuing matrix of regional cooperation involving countries that happen to be spearheading the fastest-growing region in the world economy. The entire US strategy in the post-Soviet era had aimed at forestalling such a catastrophic eventuality that might put paid to the US efforts to get embedded in the "Eurasian heartland", which includes or overlooks some of the major regional powers in the coming decades - Russia, China, Kazakhstan, India, Pakistan and Iran. (Turkey's admission as a "dialogue partner" of the SCO - at China's behest - at the Beijing summit last month further unnerves the US.)

...This is indeed going to be a cat-and-mouse game. The signs are ominous. The relentless drone attacks through the recent months have destabilized Pakistan's tribal areas adjacent to the border with Afghanistan. The drones are causing a lot of civilian casualties, so much so that the United Nations officials begin to wonder if these wanton killings would constitute "war crimes".

The drone attacks infuriate the people who live in the tribal areas and in turn are fueling anti-government sentiments, while Islamabad looks helpless in stopping the US from violating the country's territorial integrity. Quite obviously, Pakistan is hunkering down, and the US won't allow that to continue. The indications are that the US will step up pressure on Pakistan and escalate the tensions in a calibrated way.

The heart of the matter is that Pakistan's "strategic defiance" has taken the US by surprise. The US always counted on the perceived comprador mentality of the Pakistani elites and has been somewhat thrown off balance in discovering that those very same elites (the military leadership, in particular) are no longer what they were supposed to be.

Of course, this is a flawed perspective and at the root of it lies Washington's unwillingness to countenance an honest appraisal as to why this paradigm shift has occurred at all. The US doesn't have to look far to realize the complexities. The latest survey by the Pew Global Attitudes Project, released on Wednesday, shows that 74% of Pakistanis "hate" the US and hold President Barack Obama in exceptionally low esteem. Interestingly, the most popular Pakistani politician today is Imran Khan (70%), whose main plank is that Pakistan should pull out of the war in Afghanistan and demand that the US troops should pack up their gear and leave the region for good with their war machinery.

The US faces a more complicated challenge with regard to India. Washington has audaciously complimented New Delhi recently by naming India as the "lynchpin" in its Asia-Pacific strategies. But to the discomfiture of the US, India's response has so far been one of deafening silence, while demonstratively distancing itself from any perceived "ganging-up" against China. On the other hand, a crucial mass is steadily accruing in the Sino-Indian normalization. Equally, India has been carefully sequestering its dialogue process with Pakistan from the chill and vagaries of the US-Pakistan standoff. Even with regard to Iran, India has drawn a bottom line and made it clear that it won't be pushed around - and the current signs are that Washington has finally got the point.

What we need to remember before blundering into CW11 with out spanking new CF-35 stealth bombers is that America's current bout of hyper-militarism warrants a great deal of caution and prudence from those it recruits as its minions in this very risky venture.  The United States has become a global bull in the china shop, relying on military prowess rather than diplomacy to advance its foreign policy.  That didn't work in Iraq and it hasn't worked in Afghanistan and it has far less chance of working against Russia or China, especially in what they see as their own backyard.   This is none of Canada's business and, arguably, none of America's either.
Posted by The Mound of Sound at 10:18 AM

Is your washroom breeding Bolsheviks?

No but the house of commons in Ottawa certainly is full of them, there is the breeding ground>>>

Can we step on them?

Mogs = lessron To stupid to be a moron!