A World of "More" 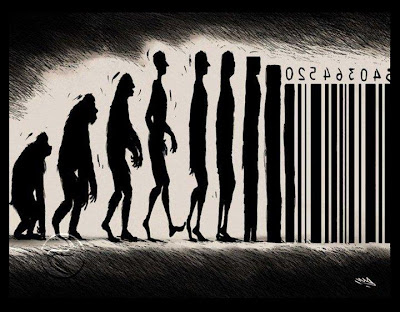 I know there are many good, thoughtful, well-intentioned, intelligent, generous. honourable, even noble Americans.   I also know there are not nearly enough of them.   They don't hold sway in their homeland which is genuinely, deeply unfortunate for America and for the rest of the world.

Career soldier turned professor, Andrew J. Bacevich, tackles the job of defining what it means to be an American in the twenty-first century in his book, "The Limits of Power", a wonderful companion work to his seminal book "The New American Militarism" reviewed here, here and here.

"If one were to choose a single word to characterize that identity, it would have to be more.  For the majority of contemporary Americans, the essence of life, liberty, and the pursuit of happiness centers on a relentless personal quest to acquire, to consume, to indulge, and to shed whatever constraints might interfere with those endeavours.

"...dissenters, intent on curbing the American penchant for consumption and self-indulgence, are fighting a rear-guard action, valiant perhaps but unlikely to reverse the tide.  The ethic of self-gratification has firmly entrenched itself as the defining feature of the American way of life."

"...the foreign policy implications of our present-day penchant for consumption and self-indulgence are almost entirely negative.  Over the past six decades, efforts to satisfy spiraling consumer demand have given birth  to a condition of profound dependency.   The United States may still remain the mightiest power the world has ever seen, but the fact is that Americans are no longer masters of their own fate."

Bacevich writes that America's global leadership underwent a subtle but immensely damaging transformation, a pivot marked by one president's speech in the summer of 1979 and that of his successor in 1983.

The first of these speeches was given by Jimmy Carter, initially to address America's then energy crisis.   Carter shelved that speech and came back 10-days later to address his countrymen about what truly ailed the United States.

"The energy crisis of 1979, he suggested, was merely a symptom of a far greater crisis.  'So I want to speak to you first tonight about a subject even more serious than energy or inflation.  I want to talk to you right now about a fundamental threat to American democracy.'"

"The nation as a whole was experiencing ' a crisis of confidence,' he announced, 'It is a crisis that strikes at the very heart and soul and spirit of our national will.   We can see this crisis in the growing doubt about the meaning of our lives and in the loss of a unity of purpose for our nation.'

"Americans had strayed from the path of righteousness.  'In a nation that was proud of hard work, strong families, close-knit communities, and our faith in God, too many of us now tend to worship self-indulgence and consumption.   Human identity is no longer defined by what one does, but by what one owns.'"

"Reagan portrayed himself as conservative.  He was, in fact, the modern prophet of profligacy, the politician who gave moral sanction to the empire of consumption.  Beguiling his fellow citizens with his talk of 'morning in America,' the faux-conservative Reagan added to America's civic religions two crucial beliefs:  Credit has no limits, and the bills will never come due.   Balance the books, pay as you go, save for a rainy day - Reagan's abrogation of these ancient bits of folk wisdom did as much to recast America's moral constitution as did sex, drugs, and rock and roll.

"Reagan offered his preliminary response to Carter on November 18, 1979, the day he officially declared himself a candidate for the presidency.   When it came to confidence, the former governor wanted it known that he had lots of it.  In a jab at Carter, he alluded to those 'who would have us believe that the United States,m like other great civilizations of the past, has reached the zenith of its power' and who 'tell us we must learn to live with less.'  Reagan rejected these propositions.  He envisioned a future in which the United States would gain even greater power while Americans would enjoy even greater prosperity, the one reinforcing the other."

Bacevich laments an American democracy that has been usurped.

"Americans can no longer afford to underwrite a government that does not work.   A condition of quasi-permanent crisis stretching across generations has distorted our Constitution with near-disastrous results.   To imagine at this juncture that installing some fresh face in the White House, transferring the control of Congress from one party to the other, or embarking upon yet another effort to fix the national security apparatus will make much of a difference is to ignore decades of experience.

"Yet if presidents have accrued too much power, if the Congress is feckless, if the national security  bureaucracy is irretrievably broken, the American people have only themselves to blame.   They have allowed their democracy to be hijacked.   The hijackers will not voluntarily return what they have stolen.

"One result of that hijacking has been to raise up a new political elite whose members have a vested interest in perpetuating the crises that provide the source of their power.   These are the people who under the guise of seeking peace or advancing the cause of liberty devise policies that promote war or the prospect of war, producing something akin to chaos.

"To attend any longer to this elite would be madness.  This is [a] lesson that the Iraq War ought to drive home.   What today's Wise Men have on offer represents the inverse of wisdom.  Indeed, to judge by the reckless misjudgments that have characterized U.S. policy since 9/11, presidents would be better served if they rel8ied on the common sense of randomly chosen citizens rather than consulting sophisticated insiders.   It is, after all, the children and grandchildren of ordinary citizens who wind up fighting the wars that Wise Men concoct."

America has gone mad.  It is being swept along toward a juncture at which, barring revolution, its vaunted and largely symbolic democracy must finally yield to oligarchy.

But America is not alone.   Other nations are similarly coming unhinged.   We see it but try not to acknowledge it.   Take China, for example.   When I was born it was a nation of just over 300-million, roughly the same size as America today.   In my lifetime it has more than tripled to some 1.2-billion.   Yet even as the population has exploded, China has sustained enormous environmental depredations manifested in spreading desertification and the toxic contamination of its vital air, water and now even land resources.  There are some today who believe China has become so environmentally degraded as to be incapable of sustaining a population greater than 700-million.   Overpopulation looms as an existential threat to China's economy and even its government.

Yet the grave problems besetting the United States, China, India and so many other countries hardly mattered at the recent Rio+20 Earth Summit where the concluding theme was "sustainable growth."  Monbiot is right.   Governments have given up.   They've thrown in the towel on global warming and just about every other emerging challenge to the future of our very civilization.
Posted by The Mound of Sound at 8:50 AM

Email ThisBlogThis!Share to TwitterShare to FacebookShare to Pinterest
Labels: Bacevich

"For the majority of contemporary Americans, the essence of life, liberty, and the pursuit of happiness centers on a relentless personal quest to acquire, to consume, to indulge, and to shed whatever constraints might interfere with those endeavours."

And don't you forget it. It is most unpatriotic, to the point of treason, to not shop, shop and then shop some more, no matter how deep in debt you need to go. How else is Amurican gonna win the Global War on a Noun?

Having read both books, Mound, I cannot agree more. And having lost a son in Iraq, Bacevich has paid the greatest price of all for an American democracy gone awry.

Governments may have surrendered, but not every citizen has had the fight beaten out of them yet.

A really ugly course was set for North America with the 80s and onwards. 9/11 served to further enslave us and focus on a myopic view of what we were each entitled to and not to give a damn about others.

I am inspired by the Occupy movement, the Quebec students and their casserole comrades and the students in Mexico. They are in their own way trying to correct the direction we have taken. I just hope others will wake up and realize that not only is the value of their work being discounted but that of their children will be a far more miserable fate.