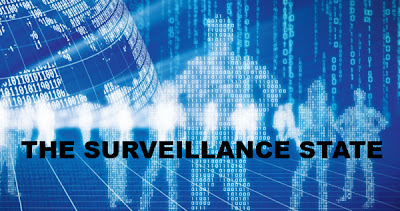 Last evening I wrote of a state security operation on behalf of the Tar Sanders that has been launched by Stephen Harper.  It is a supposed counter-terrorism organization staffed by the RCMP, CSIS, the Calgary and Edmonton cops and the border patrol agency to "defend" the tar sands operations, the proposed bitumen pipelines and of course the supertanker operations that endanger the British Columbia coast.

But for the fact that I decided to glance through the business section of the Victoria Times-Colonist last evening I would have never known of this.   In my view this should have been on every front page, a lead item on every newscast.

Perhaps we need to take this seriously. There are facets of this that are troubling. There is the state security force running covert ops against Canadians in conjunction with our national spy agency... all in anticipation of possible future events.

I don't know about you but I've learned not to trust the RCMP even when they act overtly. When four of them put an innocent man to death in front of bystanders and then lie their asses off about it, why would anyone trust them when they operate covertly? And CSIS has shown no respect for democratic or human rights. Yet these two agencies are to be covertly set upon the Canadian public?

The RCMP has been significantly corrupted by Harper beginning with the defeat of Paul Martin in which Commissioner Zaccardelli interceded with the announcement of an investigation into Ralph Goodale that, after the election was skewed, proved to be without any substance. So shameless were his actions that "Zac" later refused to answer any questions about what he did and why.  The top cop refused to account for his actions. Then Harper appointed a professional Tory fixer and bureaucrat to be an ersatz Commissioner. More recently he had the latest top stooge become a political water carrier to write to provincial firearms officers over a law that had already been rescinded in case provinces might choose to act in that constitutional void. Add all that up and you have enough reason to suspect the RCMP leadership has transformed the national police force into a partisan political security apparatus.

It speaks volumes that Harper has created this agency and set them to work when there has been no cause. Wiebo Ludwig was an isolated situation involving sour gas and he's dead. What this secret state security, STASI-like operation focuses on is prying into law abiding dissidents who have done no wrong whatsoever.

You can safely assume that particularly vocal opponents of the Tar Sands, the Northern Gateway and Kinder Morgan pipelines and the supertanker traffic that will endanger the B.C. coast north to south, will be going on their lists, will be kept under state surveillance. Dossiers will be opened, updated, reviewed, collated and carefully filed.  After all, environmentalism is now deemed a precursor to terrorism.  And you can be very sure that information will be shared with Big Oil and, through the PMO, the Conservative Party. It's a great trick to use tax dollars to construct political enemies lists. It's low, even despicable, but that's of no moment to a reprobate like Stephen Harper or those who do his unprincipled bidding.


Update - Maybe I'll be on one of those lists soon.   This post has already been read by people from the House of Commons and Government Services and an earlier post pondering how close are we to irreversible climate change has been visited by the RCMP.
Posted by The Mound of Sound at 6:42 AM

Lovely how the RCMP is spying on Canadians and snooping on the internet... What a bunch of goons...

Harper is no Conservative. He is a Neo-Nazi Reformer, of his Northern Foundation Party from 1989. They said, the skinheads assisted to organize that party.

The RCMP are Harper's Gestapo. It was Harper's ranting raving henchmen, who called Canadians people, terrorists. We have been called pornographers, the Taliban and Nazi's, pretty funny coming from the Conservatives.

Harper is merging Canada in with Communist China, a $60 billion dollar merge. The U.S. is now worried about their country's security, because of Harper and China. Seems China is hacking into other country's secret files. It is now known, buying electronic components from China, was a bad, bad mistake.

It is Herr Harper and his henchmen, who are the terrorists, liars, deceivers, corrupt, thieves, dirty tactics, dirty politics, who most certainly, think nothing, of cheating to win.

Over 75% and counting, BC citizens are supporting the F.N....to protect their food sources from Harper's greed. Enbridge hasn't cleaned up, their last 604 spills, in the last ten years. The chemicals so caustic, it eats through the pipes until they burst. There are avalanches, mud slides, rock slides, earthquakes, and swift flooded rivers, that carry away houses and highways.

Only a brain dead fool, would bring tankers into the seas to Kitimat Port. Every other day, there are hurricane force wind warnings. $40 t0 50 foot waves. Rougue waves over 70 feet high. The channel narrow, the tankers massive, that have to do hairpin turns. It takes three miles, to stop one of those behemoth tankers.

Recently, there were three freighters, caught in one of the vicious storms off BC's coast. The storm tore their cargo off the ships. One ship did a distress call, fearing, if the bottom load of their cargo shifted, the ship would capsize. It took hours for the Coast Guard to reach the stricken ship. Don't try and tell the BC people, the tankers won't spill, because they most certainly will.

Europe was furious with Harper, for giving them false statements, regarding the toxicity of the chemicals in the oil. They are 60% more lethal than stated.

I guess if Harper sets the Gestapo, onto the BC people, so be it. BC will become a polluted wasteland anyway. We would rather die fighting.

This is getting 'Beyond Reality' we have moved into the 'Twilight Zone" built by and paid for by foreign corporations with Stephen as their puppet on a string turned against Canada and Canadians.

How much sicker does it get before Joe 24 pack wakes up turns off the hockey game and says no to Harper?