A Couple of Thoughts About the Precariat. 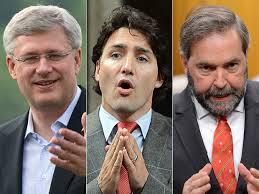 We should all read Brian Stewart's essay yesterday on "the rise of the precariat." Everything he reports has been thoroughly analyzed and disclosed over the past few years.

Most of us with 30-something children know the losing struggle that many of them face - lousy jobs, lousy pay, dubious benefits, little if any security.  They remain in a precarious state of financial insecurity.

I believe it was Citibank that coined the term "precariat" and former US Federal Reserve chairman Alan Greenspan who actually endorsed it as good for the American economy.  Greenspan's thinking, which he quickly retreated from when outed, was that people who are economically insecure are willing to work more, work harder, and demand ever less.  Welcome to Red State America.

Here's the thing.  If you don't want your kids to endure life in the precariat you have to turn to the people who made it possible.  You know them.  You elected them.  It was all legislated by governments worldwide who chose corporate interests instead of the welfare of their people.

They made it.  They can clean it up.  But if you want that cleaned up, if you want the sort of healthy, robust middle class we knew in the postwar decades, you're going to have to force their hand.

That's not going to be easy.  What had been the Left in Canada has closed up shop and moved to a seemingly more advantageous perch in the center.  They've signed on to the neoliberal, market fundamentalist, corporatist agenda.  If you want change, you're going to have to knock them off that perch.

Look at what's happened in the States and realize that's where we're headed too if we continue to lay on these tracks waiting for the train. 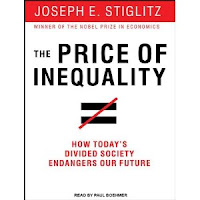 If you want to get up off those tracks, you had better do it soon.  What do you really know about the Trans-Pacific Partnership, TPP?  Personally I don't know that much about it but I know someone who does, Nobel laureate economist Joseph Stiglitz, and he's written a dandy warning for all of us in The New York Times.

Read his warning.  Then read his book, "The Price of Inequality."  Learn what we're up against, what awaits us and our kids, and who is really responsible for making servitude our reality.  Then, when you've had your fill, go to your stooge of choice - Tommy Boy or Junior - and ask them how they're going to undo this national headache before it becomes a full blown and permanent migraine.

If they won't act, don't vote for them.  If you do, don't complain about what you've got coming.

Stiglitz' analysis has always been impeccable, Mound. You can't read him and claim you didn't understand what's going on.

The term "precariat" has been used in Europe for years. I read it in Der Spiegel at least a decade ago, if not more than a decade.

It is interesting how naming a problem and dealing with a problem go together. The precariat workers are not new. I can remember horrible treatment of employees in the nineties, but no one even acknowledged that it existed. The word "precariat" is not new but North American acknowledgement that a problem exists is new.

I had an English Student in S. Korea who was a bank manager for Citi Bank. He told me about "precariat" and Mr. Greenspan ten years ago. Living overseas really does show how much Canada it seems, is deliberately behind. For example, are Canadians aware the Department of Fisheries Library in St. John's, Newfoundland and other places are closed down. Scientist are not sure where 100 years of reports and information has gone. This government wants to get rid of CBC, Scientist and anything else it deems detrimental to its ambition? Where will we with its demise. And that sickening ad of Mr. Harper putting Canadians to bed with his long hours of work....poor, poor Mr. Harper. Do and are Canadians sweep off their feet with that kind of acting? It is nothing short of nauseating.

A few spelling mistakes from typing too fast.

Mound,
Please post something else, got sick looking at those three stooges.
Please...
A..non