It's the D-Word and It's Arrived in Canada 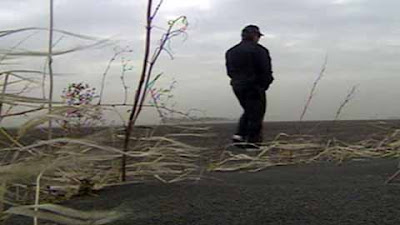 Prime minister Cletis doesn't seem to have noticed that global warming has arrived in his very own backyard.  Funny how he can't hear all those local Tories squealing like pigs over the drought setting in across the West.

It's the sort of think I watch out of the corner of my eye, hoping that somehow what's happening isn't.

Even where I live we usually get somewhere between one and five or six days of snow every winter.   This year - nada, zip, zilch.  Truth be told we didn't get a winter this year.  I even topped off my woodshed with an extra cord of logging leftovers but I used, in total, less than a third of a cord keeping the house warm in the cold spells.  A lot of days I got by just fine with a warm sweater.

The real problem, however, is the lack of snowpack on the local mountains.  That snowpack is really important to the wildlife on the island.  The summer melt helps reduce forest fires.  It's also vital to salmon spawning.  Those salmon are critical for eagles, bears, wolves and other predators.  Those fish are an essential part of our food chain.  If we catch a break the salmon will simply stay out in the ocean and try again next year.  If they do come upstream there's a serious chance there won't be enough cool melt water in the streams to keep their eggs alive in the hot spells.  And, when the food chain breaks down it's a real good idea to keep a close eye on your cats and fluffy doglets.

The drought progressed steadily over the winter from California to Oregon and on into Washington.  Drought doesn't recognize borders very well and so it arrived in the True North, even the normally soggy parts.

Until recently I wasn't aware of the state of the prairies.  Then I read a June 21 post on Saskboy's (John Klein) blog talking about Regina getting its first rain of the year.  Hells Bells, we might have missed out on snow but we sure got rain, including the odd deluge over the winter.  Regina didn't get a real rain until June 21?

They've been keeping rainfall records of the prairies for 68-years and the 68th is shaping up to be, hands down, the driest of the lot.  Worse still, the weather boffins are expecting nothing but heat waves continuing straight into September. That means crop failures.

"June is typically the wet month, the month where crops are growing feverishly, and it just hasn't happened," said David Phillips, Environment Canada's senior climatologist, in Barrie, Ont. "So people are using the D-words: dryness, drought, no question about it."

Compounding the problem is that the dry spring came on the heels of one of the warmest, driest winters, particularly in parts of British Columbia and Alberta.

These dry conditions are a stark contrast to a wet spring last year and the heavy rains and run-off from melting snow pack in the Rocky Mountains that led to damaging floods in Alberta in 2013.

The wild swings in weather have even inspired a new term in climate circles called "weather whiplash," Phillips said.

"It has been one extreme to another, and it has been a tremendous challenge for farmers, ranchers and growers. They can't deal with these kind of weird, wild, and wacky kind of changes."

It makes you wonder whether the Petro-Pols of Parliament Hill (that's pretty much the lot of them except for that one lady who keeps fighting to be heard) are going to wake up and smell the dustbowl.

Severe weather events of increasing frequency, intensity and duration in a pattern of cyclical and devastating droughts and floods.  I think I read that somewhere. Oh yeah, it's a warning that's been repeated in literally thousands of scientific studies and reports for many, many years - science that has gone effectively unheeded in the ranks of Tories, Liberals and New Dems alike.

Eventually some of you will come to realize that you have to be a crazy bugger to keep supporting those Petro-Pols and their neoliberal policies.  At some point you'll have to sit down and tally up what their market fundamentalism has done for and to us and what lies in store for your kids and theirs if we keep going down this path.

It's 32C at the moment and tender dry in the south of the Province. We are also experiencing terrible thunderstorms almost every day which often are dry.

On those salmon and bears--apparently it really matters if a bear shits in the woods. I recall reading about research where they found that bears, eating salmon, deposited basically fish fertilizer and it could make a 10% difference in how fast the forest grew. Mind-boggling, just one little species linkage, 10%.

So if the salmon go away, when you think of all the stuff that relates to them one way or another . . .

Remind me, Anyong, you're in Alberta, right? I experienced those dry thunderstorms several years ago while visiting southern Ontario. I was amazed. Lots of heat, humidity and dark clouds. Just waiting for the rain to break the oppressive heat. Lightning, thunder and - nothing, not a drop. That's when you know that something has gone very, very wrong.

As I understand it, PLG, the salmon can wait up to three years to get up the spawning streams. They gather at the mouth of the river but unless there's enough freshwater outflow to sufficiently lower the salt content they stay out to sea.

I seem to recall an emergency measure on the island somewhere to the south a few years ago where they simply netted loads of those salmon and took them up to the hatchery where the eggs were extracted and mixed with sperm from the males and then put in the breeding pens flushed with cool, freshwater. When conditions were right the smolts were released to swim back to the sea.

I don't know that's a particularly useful strategy. It obviously doesn't do much for the predators.

Reckon we need to start working on (among many other things) some great, big covered reservoirs that we can shove a whole bunch of water into in flood years/times, to hang onto for the dry years to come. It ain't snowpack, but it could be better than nothing.

That may well be our only option, PLG. Fortunately the spine of the island comprises two mountain ridges so we have options for building reservoirs behind dams. I don't like the idea of dams but I like taking care of our wildlife a lot more than I dislike dams.

Yes, the weather extremes ... the growing, repeating pattern...warmest year, smallest ice-pack in the arctic, coldest winter, wettest, driest, degraded jet stream ... individually insignificant perhaps but we need to shake off our cognitive dissonance and wake up to the problem.

Some people get it:
I was lucky to have a 2 hour stroll with a rice farmer, Wyan on Bali in 2012. Their weather has changed - their old rainy season was long hours of gentle rains and mist with the odd sunny patch. Now it's hot sun followed by brief deluge then hot sun again. (Better in the short term for tourism as the rainy season is our winter.) Wyan, showed us both erosion problems and crop issues related to climate change. (And the mansions being built above the rice paddies for the 1% - this was near Ubud.)

I went to S. Korea in 1998 to work. People had already begun to talk about weather changes and what it was doing to the landscape, animals and water there. By 2005, rivers were drying up and the air pollution from China was often unbearable. I returned to Canada in 2011 expecting the nation to be working together regarding the environment. No such thing. Here in AB, Notley will do her best but the good ol boys will have none of it....they want it back to what it was already. AB is a fundamentalist's dream. It will reach a point of no return here if people don't wake up and give their head a shake. Many people have already moved out of this province...that of course is due to the economic situation at the moment but it may relieve the water problem somewhat.