It's Time to Worry About FDS 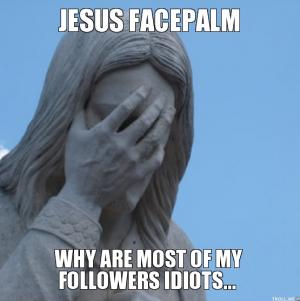 Our Furious Leader suffers from FDS and so do a good many of his supporters. It's an affliction as curious as it is ancient.

FDS, or "faith-derangement syndrome," was discussed in a recent item at Salon.com exploring the derangement of America's notorious Supreme Court judge, Antonin Scalia.  What is FDS?  The signs are unmistakable. 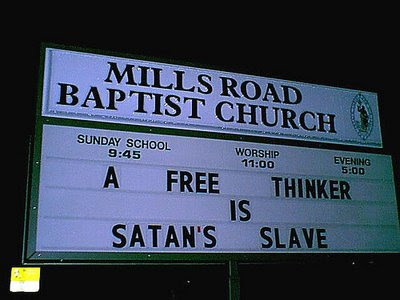 Sufferers of faith-derangement syndrome (FDS) exhibit the following symptoms: unshakable belief in the veracity of manifest absurdities detailed in ancient texts regarding the origins of the cosmos and life on earth; a determination to disseminate said absurdities in educational institutions and via the media; a propensity to enjoin and even enforce (at times using violence) obedience to regulations stipulated in said ancient texts, regardless of their suitability for contemporary circumstances; the conviction that an invisible, omnipresent, omniscient authority (commonly referred to as “God”) directs the course of human and natural events, is vulnerable to propitiation and blandishments, and monitors individual human behavior, including thought processes, with an especially prurient interest in sexual activity.

Obviously, Sideshow Steve and Company, don't have all of the symptoms - not that we know of - but they sure fit the overall profile.
Posted by The Mound of Sound at 12:37 PM

Unfortunately, Mound, it's a social disease which has spread rapidly. It's no longer in the shadows.

If you go to this and click on his religion,