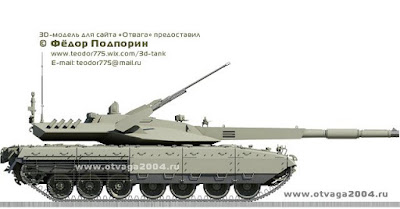 A couple of headlines this morning got me thinking that the West's embrace of austerity might not be all bad.  Of course it's probably just wishful thinking.

The first article concerns a refreshingly nuanced and balanced lecture delivered by former US ambassador to Russia, Jack Matlock.

In a lecture at King's College London, Jack Matlock said that the crisis in Ukraine is increasingly comparable to what he saw during his time as ambassador during the turbulent end of the Cold War. "We see increasingly implicit military confrontations and I'm beginning to wonder, could this result in something which is almost the functional equivalent of the Cold War," he said.

According to Matlock, an explanation for the crisis in Ukraine and worsening relationship between Russia and the West does not simply lie with the actions of Russian President, Vladimir Putin.

"Is it just a matter of Russia violating international norms and law, is there more to this story? There is no question that Russia has violated international law, that the way they conducted the referendum of the Crimea and then annexed it, was a violation of a number of agreements.

"However, all of us should recognise that as brutal and aggressive as Russian policy is, ultimately it is prompted by…feeling…that US and West in general…are trying to encircle and strangle them," he said.

Following a decision made at the recent G7 summit to continue imposing sanctions on Russia, and the steadily increasing popularity within Russia of its President, Matlock argues that the West needs to reconsider its own policies to "bring the results that we want."

The second headline concerns the newly minted NATO sec-gen Jens Stoltenberg claiming that the alliance will not get dragged into an arms race with Moscow.  I suspect Stoltenberg's comforting assurance is really code for the obvious.  With most of the peoples of the Western nations already under the heel of brutal austerity policies, their governing classes are keenly aware of what might befall them should they try to pump up their defence spending to 3 or 4% GDP to play the arms race game with Vlad Putin.  After all, you can't have defence and the ultra low, corporate tax cuts demanded by your corporate masters.

A silver lining?  Maybe, maybe not.  Well, we're plenty ready to sacrifice the environment and our grandkids future to the whims of corporatism.  Surely defence spending is a paltry bauble in the greater scheme of commercial morality.