The Big Lie - Working Better than Ever 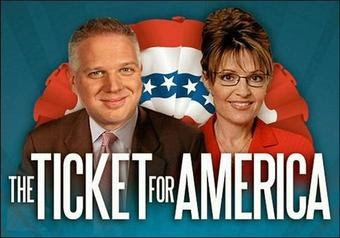 American political satirist, Bill Maher, plainly struggles with the stupidity that infects so many of his own countrymen these days.   He singles out the Tea Party movement whose members rebel in the mistaken belief that Obama has raised their taxes when he has, in fact, managed to reduce their tax bill.  Maher shakes his head in bewilderment when this same mob rallies against government healthcare initiatives that they believe will destroy the best healthcare system in the world.  They don't get that American healthcare is considered the very worst in the developed West, ranked by the U.N. as 35th overall.

Maher's fellow Americans, or a great many of them, have been conditioned to ignore the science and scorn the global warming issue as a hoax.  They cover their ears and shut their eyes at the first sign of scientific evidence.

His countrymen recoil at the mention of "socialism," failing to appreciate that their country has always embraced socialist policies and outcomes - for the rich.  These same types have been conditioned to blame Obama for America's debt crisis.  They've been distracted well enough not to remember that the fuse on this debt bomb resulted from Republican-driven deregulation and was lit during the Bush-Cheney years.   They have forgotten that the loathed TARP programme was implemented by the Bush administration.

Maher's countrymen have somehow been trained to believe that the solution to their country's debt crisis is to make permanent the crippling tax cuts for the rich introduced as a temporary measure by Bush, the man who shamelessly referred to his "base" as the "haves and the have-mores."

So, just how have the minions been so effectively enlisted as the footsoldiers of the oligarchs?  How have they been manipulated to turn against their own interests, the best interests of their country?   The answer is the standard one - the Big Lie.

Many years ago Pierre Berton told a television interviewer that he considered the greatest difference between Canadians and Americans to be our belief systems.  Berton explained that Americans had a powerful, almost obsessive need to believe which left them more willing to submit to authority.  At the time I found that hard to believe considering that we Canadians seemed to be the docile, peaceful bunch.

Now it has become clear that I was confusing cultural value differences with susceptibility to authoritarianism.  The 21st century has repeatedly shown that most Americans, despite their pretensions of  individualism and liberty, are a fragile bunch, easily inflamed by fear and anger, who actually hold their freedoms quite cheaply.  No one today even questions the Patriot Act and that is, frankly, astonishing.

Had Canadians been enfeebled with our American cousins' susceptibility to authoritarianism, Stephen Harper would today be ruling with a massive majority.   Many Harperites do seem afflicted with the powerful need to believe that serves the Canadian neo-conservatives.  But the majority of us are quite reasonably skeptical of the prime minister and his agenda.  That may be all that's holding an American-style oligarchic takeover at bay in the True North.

Every con man knows the rewards of a lie successfully told.   The confidence man uses lies to induce his victims to act against their self-interest for his unjust benefit.  We find that so egregious that we have made it a crime punishable by imprisonment.  We support victims through special civil remedies that help them trace and recover their purloined property.  Yet when it comes to the truly harmful deceit, the Big Lie, the crime goes unpunished even though the damage, deliberately inflicted on the entire society, may be enormous.

Imagine if the rich and powerful, the emerging oligarchs, knew they would be liable to criminal and civil punishments for hoodwinking their society.  They're willing to ruin their society's welfare for their own financial gain.   It is why they manipulate the gullible to fight environmental and financial regulation by inducing them to  fear their liberty, their very democracy is at risk if they don't.  This is fraud on the grandest scale but we will not punish it as such.

I know a lot of us would dearly like to see global warming denialists, who perpetuate unfounded, disproven falsehoods to manipulate and confuse the public, held accountable.   What if the fossil fuelers were held liable in damages for the loss they have inflicted on the country through their contrivances?  But they don't fear being held accountable because they know, if the lie is big enough, it always goes unpunished.  Yet so long as the Big Lie is such a richly rewarding proposition it will continue to vex us and our children and grandchildren unless and until we come to our senses and force these people to stop.
Posted by The Mound of Sound at 8:31 AM

Email ThisBlogThis!Share to TwitterShare to FacebookShare to Pinterest
Labels: democracy