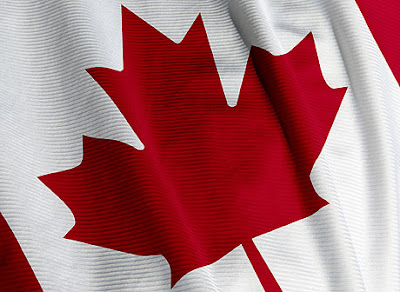 This year I am resolved to work to find ways to arrest the steady Americanization of my country.   The United States is, to Canada, a black hole that, unless we begin to change course, will soon exert an irresistible pull on us.

Money talks, whether in the US, Canada or anywhere else for that matter.  It always has, it always will.   However sometimes money talks too loudly, a bit too forcefully.  This often occurs when the interests of money and society conflict.

Money has been instrumental in degrading the very voice of society, democracy, in the United States.  It has achieved a "bought and paid for" Congress to do its bidding, undermining the financial, health, and environmental regulatory bulwarks that empower and defend society against the excesses of money.  The kingpins of money have asserted an alternative reality through control of communication and the dissemination of perverted messaging that leaps the divide from partisanship on into rank propaganda.   Money has restored segregation to the US, this time wealth and privilege-based instead of race-based (the latter no longer serving any useful purpose).   The growth in wealth and prosperity now accrues to the monied class just as landed nobles once asserted an exclusive right to take stags as they kept their serfs in a permanent state of penury.    Money has shuttered America's factories.  It has choked the bastion of American democracy, the middle class, and impressed it into the irons of debt.

This is what awaits our Canada unless we reject our current crop of leaders and their empty vision.  One by one they seek to tilt the helm to align our policies and practices to those of the US, warning us that if we don't we may not be able to share in America's promise and prosperity.  We risk being left behind. What?  Say What?

Left behind?  Great and the sooner and further, the better.   Canada needs to find its own course, the route that takes us where we want to go, where we need to be.   Traveling with our immensely larger neighbour has definite advantages and conveniences but it would be foolish to assume our paths are destined to be coterminous.  We need to understand the disadvantages and perils and see them as clearly as we see the benefits for, without that, we sacrifice perspective and balance.

America in the 21st century is no longer on the same heading as the America we knew in decades past, the America we grew accustomed to admiring and following.  We need to grasp those distinctions in order weigh the costs and consequences of continuing to blithely tag along.

We are already paying a real price for trying to stay lockstep with America's pace.   The gap between rich and poor is widening and accelerating and it should be no comfort that, in this, we're still well behind the US.  We are going in the same direction.   Under the mantra of needing to "stay competitive" we keep bringing our taxation, monetary and resource policies into line with America's.   For the sake of supposedly staying competitive we're even willing to allow the US to prescribe our border security practices to enhance not our security but theirs.   Staying competitive is beginning to take too large a bite out of our very sovereignty.

It would help immensely if we would always keep in mind that America has been many different things at different times.   The America we see today bears great distinctions from Americas past just as it will from the America that will be in two decades from now or the America of the late 21st century.   In my lifetime alone America has gone from an ascendant power to a leader of a multi-polar world to the master of a unipolar world to today's brink of descent at the advent of a new, multi-polar world.

As Andrew Bacevich and the late Chalmers Johnson point out, today's America, with but five per cent of the world's population, spends more on its military, industrial and civilian warfighting complex than the defence budgets of the rest of the world combined.   That is an act of desperation, not an expression of assured self-confidence.  That is an America given over to madness.   That is an America heading for the shoals of reckoning.   Yet this is the America for which we should contort our own country, our own society to conform?

We're sort of nudged into compliance with the notion that, if we don't conform, it will not go well for us.   Parting company with American policy will be painful for the Canadian people, our economy and our nation.  That is unquestionably true, but to what extent?  Here is where we return to the need for sound perspective and measured balance.

If we choose not to conform it won't go well for us.   But does that establish the corollary that, if we do conform, it will go well for us?  Of course not, that would be ludicrous to assume and yet we act on that very assumption.

It answers itself in America's pain.

If these policies are serving Americans so poorly, what outcomes do they hold for us if we allow our leaders to rejig Canadian society to conform to them for the sake of "staying competitive"?   America isn't staying competitive, with anyone.   That is manifest from its chronic balance of trade and balance of payment deficits, from its unending dependency on foreign borrowing, from its declining educational standards, from its emerging oligarchy, from its corrupt government and from the dismemberment of its system of checks and balances by a politicized judiciary.

It seems our leaders are incapable of the vision needed to lead Canadians to their own destiny.  They need role models to emulate.  Yet, for convenience, they choose perhaps the most dysfunctional.   I was drawn to an article in AlterNet, "America in Decline, Why Germans Think We're Insane."   It's another piece from an American ex-pat who had to go abroad in order to see America clearly.  It speaks volumes.

And so this New Year I resolve to do what I can to keep my country from embracing America's dementia.  It's a big job and we all have a lot of making up to do.   Any takers?
Posted by The Mound of Sound at 8:55 AM

Email ThisBlogThis!Share to TwitterShare to FacebookShare to Pinterest
Labels: Canada

My focus isn't so much anti-American as it is pro-Canadian. I fear the Americanization of our country is weakening my bond to it, undermining my place in it. There are a small but growing number of like minds in Oregon, Washington and BC who think it might not be so bad if we all seceded from our respective countries and instead formed our own, Cascadia. With our resources, reasonably skilled populations and geographic advantages, we could probably make out like bandits left to ourselves. That, however, remains an unlikely prospect so I'll continue to focus on the strength and independence of Canada.

Ecotopia: The Notebooks and Reports of William Weston, 1975
Ernest Callenbach

shorter version: Ecotopia, Wikipedia
Always wanted to include British Columbia into the nation of Northern California, Oregon and Washington...
however the intrusion of grim reality:

"One potential flaw in the plotline of Ecotopia is the unwillingness of many readers to believe that the remaining armed forces of the United States of America would refuse to take offensive action to reconquer the seceded new country. During the novel, it is explained that Ecotopia has installed hidden nuclear explosives within many major urban population centers on the United States' east coast, which could be set off in the event of any attack by the U.S.A. upon Ecotopia, and therefore the power elite of the United States is effectively deterred from taking serious steps of reconquest."

such necessary evil is too much for the Canadian mindset.

Canada=America these days. The only thing separating Canada from America culturally is Quebec & New Brunswick and whatever other parts where French is the pre-dominant language.

Canada really doesn't equal the US - yet. We have many strengths and advantages that distinguish the two societies. Unfortunately we do tend to take them for granted or submerge them in silly insecurities.

While we remain significantly different than our American cousins we're trending in the same direction. We're also adopting the same curious values that have undermined America since they were introduced. I'm constantly struck that we never seem to weigh America's considerable achievements against that country's even more considerable and lamentable failures.

Are we so sophomoric as to believe that we can take the good without coating ourselves in the bad?

Quebec maybe "anti-American" but in our insular way, we very American when it comes to money and corruption.