Sometimes It's the Hot Button Moments that Smoke Out Scammers 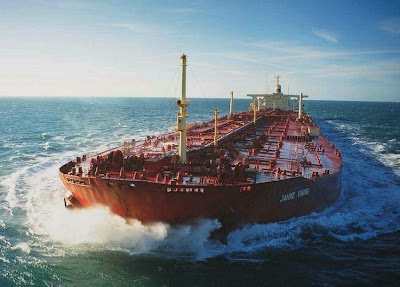 And by scammers I'm referring to the Alberta and Harper governments.   When B.C. premier Christie Clark pushed the revenue-sharing hot button in opposing the Northern Gateway pipeline/supertanker proposal, the scammers showed their hand.

Oh the country would fall apart, they crowed, if provinces could erect walls against inter-provincial transport of goods.  Imagine, they said, if Alberta began levying charges on truckloads of B.C. lumber heading to eastern markets.

Imagine that because the scammers won't let on that it's true.   They don't want those details messing up their perfectly lovely straw men.

But, you see, B.C. trucks transiting Alberta do have insurance.   Alberta insists on it.  And they do have to comply with Alberta safety standards and traffic regulations.   Alberta insists on that too.  And if they cause losses while in Alberta, those losses are made good.   But they don't want the same deal for British Columbia on their pipeline scam.

The margins on this deal are slim.   Athabasca bitumen is expensive stuff.   It's expensive to extract out of the ground, expensive to put in a transportable state, expensive to transport, expensive to process into synthetic petroleum products.   So the bottom line, if it's to be kept in the black, demands corner cutting and an awful lot of looking the other way.

The proposed pipeline operator, Enbridge's safety record is well documented and speaks for itself and it's lousy.   Yet they want British Columbia to look the other way at pipelines crossing truly remote and challenging, seismically active, mountainous terrain to be pumped into the holds of supertankers that will then ply the treacherous waters of the Hecate Strait and Dixon Entrance.   And they want British Columbia to ignore the liability cut-outs they have crafted for this scam so that, when catastrophe occurs, they can get away cheap.

From the east we hear a chorus of "jobs, jobs, jobs" and the accusations that British Columbia is a greedy spoiler trying to subvert the best thing Canada has going for it.   Maybe that's the way some see it when they don't have to bear the risks and face the losses.   That's certainly the way Alberta and Ottawa see it.   But they've opened a delightful window that lets us see through them.   We can see this thing is a set up.   Is it really our fault if we don't play along?
Posted by The Mound of Sound at 10:19 AM

It's always fun to watch a con fall apart, Mound.

There has been another spill in the US reported on CBC this morning July 28, 2012 and the pipeline is owned by Enbridge.

Less than 2000 construction jobs per year for 3 years (and that may very well be a padded projection) is not exactly mega job stimulus.

You would think Canadians would be more concerned with the loss of permanent, well paid jobs in the public and private sector (Electro-Motive, Aveos).