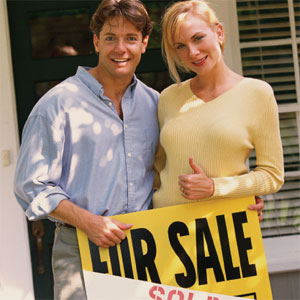 If Generation X, the class of '61 to '81, is truly disengaged, disinterested, disbelieving of global warming and its impacts, what does that hold for the future?

As the Boomers retire and fade in both economic and political influence, it is the X'ers who inherit the reins of power or whatever is left of it in our steadily metastasizing corporatist society.  It will be on their watch that global warming will be engaged no matter how much they would rather it not.

Face it.   The conditions you're enduring this summer will worsen, become more severe, more frequent.   And this spread of meteorological extremism will come with a price.   Already this year's drought has sent corn prices skyrocketing between 30 to 50 per cent.   That price increase is going to emerge at your end, the consumer's, in a variety of ways from outright shortages to significant price hikes.

And what of the cornucopia of other threats and challenges - global, hemispheric, regional -  that will fall into the laps of the X'ers?   Oh they're going to have an awful lot on their plates, especially for a generation that would rather not be bothered.  If they can't or prefer not to come to grips,even intellectually, with the simple fact of global warming, how will they begin to manage issues such as the looming freshwater crisis; overpopulation and population migration; species extinction and migration; disease and pest migration; severe storm events of increasing frequency and intensity; sea level rise and ocean acidification; cyclical and protracted floods and droughts; resource depletion and exhaustion; food insecurity; international power realignments and spreading terrorism and nuclear proliferation?

Oh my goodness but isn't that a powerful recipe for revolution?  The seminal work on the subject remains Crane Brinton's 1934 book, The Anatomy of Revolution, which you really should read.

Here's an excerpt from Wiki:

The revolutions begin with problems in the pre-revolutionary regime. These include problems functioning — "government deficits, more than usual complaints over taxation, conspicuous governmental favoring of one set of economic interests over another, administrative entanglements and confusions". There are also social problems, such as the feeling by some that careers are not "open to talents", and economic power is separated from political power and social distinction. There is a "loss of self-confidence among many members of the ruling class," the "conversion of many members of that class to the belief that their privileges are unjust or harmful to society."  "Intellectuals" switch their allegiance away from the government.  In short, "the ruling class becomes politically inept."


It's hot hard to conclude that Canada, like many other Western nations, is heading down a pre-revolutionary path, one that we Boomers will watch from the sidelines.   The adversaries will be the X'ers, in authority, and the following generation, the Millennials, rising against them and demanding a new order, a new deal.  Perhaps the Occupy movement is just a glimpse into a greater, potentially more radical movement to come in the not distant future.

For all of the challenges listed above will eventually demand some response.   Something will be done because something will have to be done.   Stephen Harper is the exemplar of a ruling class become politically inept.   Yet, in many ways, what passes today for an opposition is only marginally better and shows itself far from competent to meet the Herculean challenges of the day.

There is no way that Generation X runs from 1961 to 1983. That group would include later boomers and early Millennials, and, although perhaps defensively on my part, I question the accuracy of the cited study.

As for the accuracy of the UMich study all I can say is that it reflects my own experiences with Canadian Gen X'ers. We Boomers were instrumental in that.

And after all, statistics are just statistics; doesn't mean individuals can't be any which way. I was born in 1965, making me an Xer, and I'm not like that (not these days anyway) but an awful lot of us are.

It's not the exceptions, PLG, who are the problem. It's the awful lot.

Thanks for the interesting post...
Yeah the Xer's might inherit power due to our age. I'm smack in the middle ('72) but we really don't influence much.
It will be the Y's that steer all political and social decisions. The population #'s speak for themselves.
We had to "learn the ways of the Boomer", now we have to "learn the ways of the Y".
Gen Y Revolution...Hmmm...