It Happened - Yesterday - At the Dog Park 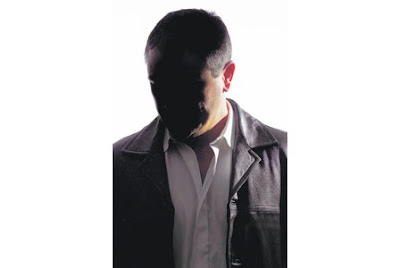 I took my little beagle down to the dog park yesterday so he could run and run and run.  I swear he'll outrun any dog on the planet and just keep going.

People would come, run their dogs for a while, and leave.  The little guy didn't want to go so we stayed for a total of well over two hours.

At one point a van pulled up and the owner got out with his dog.  He came in and sat down at the little picnic table and we started chatting as strangers do.  The conversation started getting into some interesting stuff and this fellow was obviously knowledgeable.

Eventually it emerged that he's a federal research scientist.  What he told me gives me cause not to describe him in any detail that might give his identity away.

One thing we discussed is what it's like being a scientist in today's public service. I mentioned the CBC's ill-fated attempt to interview the top guy on drought research only to find, when they showed up, that he wasn't permitted to discuss drought or even use the word.

My new friend quite dispassionately confirmed the worst of what we've been hearing - how the public service has been sequestered from the very public they're supposed to serve - how government scientists are no longer in the traditional advisory role but now are expected to find things that comport with the government's political narrative or keep their thoughts, and their science, to themselves - how it's almost impossible to collaborate with scientists from other countries because Harper and Co. insist on a veto on publication, a term others simply cannot accept.  These are all things we've heard many times before.

What I wasn't prepared for was this fellow's jarring assessment that a change of government won't fix what Harper has broken.  He said the damage is too deep, too much science has been buried, destroyed or lost.  Worse yet, he added, was that too many of the best minds have moved on.  They're gone, either of their own choice or the government's, and they won't be coming back. They're done. That core, so methodically built up over the decades, is wrecked.  It'll take decades more to build it all over again.  It can't be fixed.  We'll have to start pretty much from scratch.

Mein Gott.  The damage that bastard has done.

I don't think Mound, that we won't know the extent of damage Harper has done, across the board until he's gone. I also think it will be a job in itself trying to get at the truth and I think it will be very ugly. What a disturbing conversation you had with this man. Are our worst fears coming true?

There is reason to suspect, Pamela, that Harper has inflicted some serious structural damage to Canada's government and our public service. It seems as though he's had his fingers into everything and everything he's touched from the public service to the armed forces to the RCMP has been either damaged, compromised or corrupted.

I have never known a national leader who has been in power this long yet achieved so very little save, perhaps, for Robert Mugabe.

Mound, this is something that a number of us have been concerned about for several years -the damage Harper has done across the entire Public Service is likely to be large and difficult (and expensive) to correct!! As you know, destroying programs is very simple compared to building and staffing them.
They have admitted to liquidating 15-18,000 Public Service jobs but as numerous commentators have stated, their reporting is so opaque that as Pamela says, we really will not know the extent of the damage until he is gone. Whoever gets a first look at the cooked books is likely to be presented with some really unpleasant surprises.

Harper seems to have launched a scorched earth campaign against some of our major government institutions. It's ideologically (with theological undertones) driven and in some ways it resembles a First World equivalent of Islamist fanatics blowing up ancient shrines and temples in their conquered territories.

yes I too think that this was the case. What a tragedy and Im sure he has done it to make sure that the institutions cannot be repaired any time soon. Im certain this was to satisfy corporate interests and I half wonder if this was tied to the american republican war on science.

Deb, to me it's akin to sabotage, a crime against the country. He's abusing his powers and his access to vandalize our institutions.

A perfect example out here is the closure of our Coast Guard station at Comox, an hour up island from me. That is one of the most critical CG stations, especially for disaster response, as it stands adjacent to our one and only air force base, CFB Comox, where all our search and rescue capability is based. The Coast Guard station adjacent to the coastal air base is literally hand in glove. Still the dirty bugger shut it down as he eliminated several monitoring services of the department of fisheries and oceans and shifted the west coast oil spill response HQ from Victoria to Quebec. When taken collectively, all these constitute a really fiendish act of betrayal of the coast and all who live by it.

The comparison to Mugabe is not unwarranted, Mound.

time for some serious re thinking, like the good Greens in Kelowna

Keep getting the word out. Its slow when most of the media isn't doing their jobs of informing the public what tyrants are up to in our democracy.
This is all because business has its talons in our ruling institutions. Government cannot be run like a business because for business some is never enough. All is required and all is desired . Just like Charles Koch said "i want my fair share, and thats all of it". People are starting to see how business is stealing and destroying the public wealth and that worm will turn eventually. My Stephan Harper .... what big teeth you have. Now all we need is the woodsman/hunter to come along and free us from the belly of the beast.

Harper's is Canada's Dubya. America still hasn't recovered from the destruction he and Cheney inflicted on the US on behalf of the corporate establishment from 2001-2009.

Sorry, NPoV, that's a matter of personal conscience. That's how I've made my decision. You need to respect it as I do yours.

Anyone who read Harper's presentation to an American Think Tank in Montreal in 2003 new it was going to happen and it has. I did and Harper called Canada a Welfare State. Many Canadians are slow to grasp just what that would mean. It doesn't have to be wondered about now. Surely he will not be the PM after October? Submitted....Anyong

I believe he called Canada a welfare state in the finest tradition of northern Europe. That, of course, would be the very prosperous Scandinavian countries including Norway which, through adopting and strictly following Peter Lougheed's plan for development of their oil resources and handling of the revenues, now has amassed the world's largest sovereign wealth fund even as Alberta, rejecting Lougheed's guidance, has pissed it all away.