If We Can't Save Our Soil, How Can We Save Mankind? 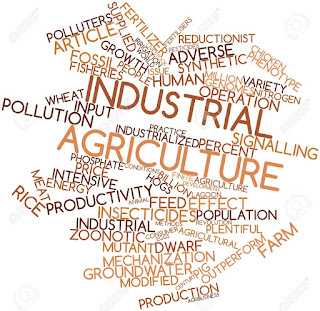 Most of the farmland on Earth is to some degree degraded. Intensive agriculture combined with the lavish application of agri-chemicals - fertilizers, pesticides, herbicides - are largely to blame. Climate change is worsening the problem.

We don't hear much about the fact that, within 60-years, most of our arable farmland will be lost to production. I first encountered this problem in an online course in global food security several years ago. That's where I learned that we're stripping the carbon, the nutrients, the microbial life out of our topsoil. Then, in 2014, the UN Food and Agriculture Organization added its voice to the agronomists' warnings.

Unless new approaches are adopted, the global amount of arable and productive land per person in 2050 will be only a quarter of the level in 1960, the FAO reported, due to growing populations and soil degradation.

Soils play a key role in absorbing carbon and filtering water, the FAO reported. Soil destruction creates a vicious cycle, in which less carbon is stored, the world gets hotter, and the land is further degraded.

“As the ready supply of healthy and productive land dries up and the population grows, competition is intensifying for land within countries and globally,” said Monique Barbut, executive secretary of the UN Convention to Combat Desertification (UNCCD) at the launch of the Global Land Outlook.

The Global Land Outlook is billed as the most comprehensive study of its type, mapping the interlinked impacts of urbanisation, climate change, erosion and forest loss. But the biggest factor is the expansion of industrial farming.

Heavy tilling, multiple harvests and abundant use of agrochemicals have increased yields at the expense of long-term sustainability. In the past 20 years, agricultural production has increased threefold and the amount of irrigated land has doubled, notes a paper in the outlook by the Joint Research Centre (JRC) of the European commission. Over time, however, this diminishes fertility and can lead to abandonment of land and ultimately desertification.

The JRC noted that decreasing productivity can be observed on 20% of the world’s cropland, 16% of forest land, 19% of grassland, and 27% of rangeland.

The sorry fact is that we don't take land management seriously. Almost nowhere is the looming danger given much attention. Man-made abuse of our soils is compounded by man-made climate change impacting farmland with severe floods and droughts. Europe is reported to lose upwards of 970m tonnes of topsoil each year to erosion. To put that in perspective, generating just one inch of new topsoil takes about a thousand years.

It's bitter irony that industrial agriculture, the engine powering the Green Revolution, has facilitated our rapid population expansion to 7.5 billion today even as it leaves an unsustainable legacy that may rebound on that swollen population just decades from now, perhaps much sooner.
Posted by The Mound of Sound at 6:34 PM

Not to mention building suburbs and shopping malls on our best farmland.

Replenishing soil involves spreading manure on it. Oh that's icky! If the city folk hear about this there will be hell to pay.

Stabilizing and restoring the topsoil is not rocket science. We've known how to do it since the Dustbowl, but it's not productive or profitable for Industrial Agriculture or cheap food.

It's a bit more complex than that.

Healthy topsoil is a functional ecosystem with many players from insects to microbes.

Annhydrated Ammonia is a common nitrogen fertilizer for corn crops, it's injected into the soil just prior to seeding, but it kills many soil organism's from earthworms to bacteria.

Manure from feed lots is loaded with excess steroids and antibiotics, not good for soil organisms,


Soil remediation is a complex process that can vary according to the type of soil, degree of degradation, local climate factors, etc. The key element, from what I've read, is carbon. Getting carbon back into the soil, the ingredient that creates rich, black soil, is fundamental. Sufficient carbon promotes microbial growth that, in turn, creates the nutrients essential to higher crop yields.

Permachar is an amazing recent discovery,

But, it's complex. The charcoal is a habitat, and a repositiry.

Anyong....That is what the problem is in China. They are scrambling to try and revive the soil which takes between 15-20 years to do so...not counting erosion from water and wind.