A Tax On Everybody? Oh No! 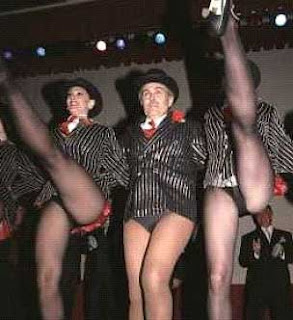 America's top cross-dressing, Republican presidential candidate has lambasted Democratic nomination hopefuls, Barack Obama and John Edwards, Edwards for proposing tax increases on the wealthy and Obama for saying he would meet with leaders of nations such as Cuba, Iran and Libya without preconditions.

As for Edwards, Rudolph Guiliani, presumably dressing straight if only for the sake of gravitas, said the former senator's platform that would raise the top tax rates on long-term capital gains "This is a tax on everybody.'' That, of course, flies in the face of the Bush Doctrine which says really rich people ought to be spared the indignity of taxation whenever possible.

In response to Obama, whom Guiliani privately finds strangely attractive, the failed former New York mayor said, "Fidel Castro is a dictator and he is a murderer. He should not be visiting with U.S. presidents.''
Posted by The Mound of Sound at 4:44 PM

"Fidel Castro is a dictator and he is a murderer. He should not be visiting with U.S. presidents."

Unlike say, meeting with the royal family of a country that spawns terrorists and suborns insurgents in Iraq?

p.s. I see you took the moderation off. Good!