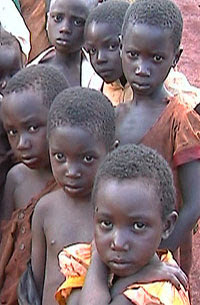 We've become preoccupied with waging war. Whether it's "the mission" in Afghanistan or Bush's war of whim in Iraq or the looming next war in Iran, warfare is grabbing far too much of our attention.
Even in Afghanistan we were too busy pretending to be defeating the Taliban to put much effort into relieving the famine there last year. Who is dropping everything to send badly needed help to Iraq's millions of dispossessed? What about the refugees of Darfur? Then there's the million Bangladeshi's displaced by the current flooding. The biggest of all, however, is the Congo.
According to the Congolese humanitarian affairs minister, Jean Claude Muyambu, a staggering six million of his countrymen have been driven from their homes where, despite truces, fighting continues. That's six million atop the four million dead from fighting during the 1998-2003 war that drew in six African countries.
Posted by The Mound of Sound at 12:40 PM