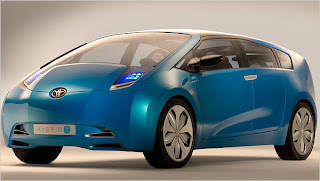 The federal government is running in the red and it should bring cheers from all of us.

Transport Canada's "clean car" rebate programme is running far over budget. The government earmarked $160-million for the two year programme. The department now expects to spend up to $145-million of that in the first year alone.

So, will the Harper Cons build on this success, one of the few they can boast about? Not likely.
Transport Minister Lawrence Cannon says the Reformatories have no intention of expanding the programme because it "served its purpose."

Did this rebate not apply to gas-guzzling cars in the first place? Have a look at:
http://accidentaldeliberations.blogspot.com/2008/06/on-budget-busters.html

Thanks for the reference to Mike's post. It's an eye opener.